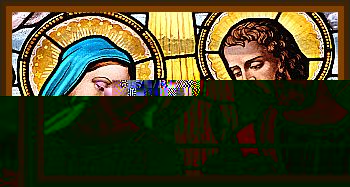 Tomasz Michaek, a man from Giedlarowa was working at a brewery in Lezajsk when he once saw 2 strange figures interpreted as St. Joseph and the Virgin Mary, standing on a forest path.

The woman spoke to him:

Michaku don’t be afraid. Here you will find my son’s glory and experience my help. I’ve chosen this place to save people. So go to the elders of your city and tell them that it’s my son will that a church should be built here in which people would pray for things they need.

But the witness didn’t tell anybody about it. He thought that no one was going to believe him, a simple man that he was.

He asked Mary to choose another person instead of him. She then appeared in a vision again and ordered him to go to the city council and state her will.

He spoke about it to Wojciech Wyszogradow a local priest who was also a member of the city council. They didn’t agree to build a new church since the city was small and it already had a church. Michael himself then built a pillar with the figure of Christ’s Martyrdom on it in the place he saw Mary.

Soon people began to gather around it and soon a small chapel was built there. Soon father Jan Teolog announced the location to be hollowed ground or saintly.

Michael had another vision in which Mark asked him again to build a temple. A church was soon built at the location.