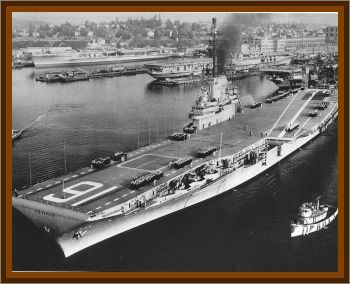 While USS Lexington (CV-16) was on routine patrol in the Gulf of Mexico in the fall of 1965, during night time flight operations an unknown contact was picked up on radar and attempts were made to quickly identify the contact. Support crew on the flight deck that night were also able to observe a bright orange glow in the sky.

Unable to identify the object with a radar profile, and unable to get any sort of radio response from the object, the Lexington launched two F-4 fighter jets to intercept and identify. The F-4 jets immediately went to afterburners, but even at 1,500 mph, the jets could not get close to the object. It simply accelerated away, vanishing from sight.

Officers and crew were debriefed and reminded that the incident should not be talked about with any unauthorized individuals.