Round Light Hovering Low in the Sky 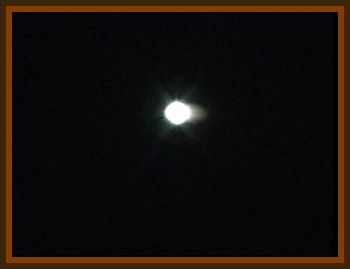 My husband and I were traveling West on Idaho U.S. Highway 12 just a little past the Clearwater River Casino on the Nez Perce Reservation West side boundary.

It was still a little light out, but we saw like a round bright light. The bright round light was low in the sky hovering, like a shooting star, it speeded up fast and zoomed northwest and lasted longer than a shooting star then disappeared.

I wondered if it was a shooting star, but haven’t seen one hover in place like that.

I searched on Google for falling comets or shooting stars the next day to see if anyone reported something similar, but I didn’t see any reports in the area.

So not sure what we saw. Haven’t seen anything like that before though.