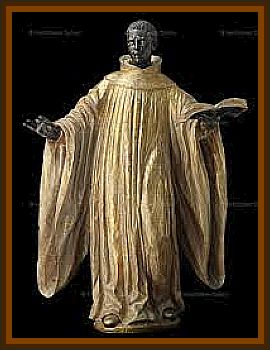 Tomasz Kossowski a nobleman and smith from Izabelin was wounded during the battle of Leipzig.

He was lying in the bushes praying when he saw the Immaculate clad in amaranth and golden robes with the white eagle in the center of her chest.

She assured him that he will recover and back to the homeland. She also ordered him to find the image of Mary and place it in Lichen.

The soldier was then found by locals and when recovered was returned to his hometown Izabelin.

After nearly 25 years of searching he found the holy image in Ligota near Czestochowa. In 1844 he placed the image in the Forest of Grablin.

He died in 1848. The basilica of Lichen is one the largest churches in Europe. It's one of the most important pilgrimage destinations for Polish Christian Catholics.