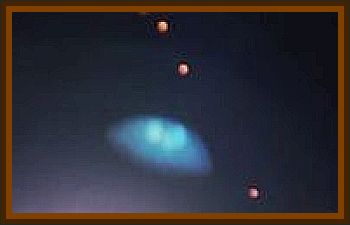 I saw a UFO. Sightings of the same thing I witnessed were reported all over the country as far as Dublin and Tralee all at different times and it was all over the radio throughout the evening.

The best way to describe what I saw is a smallish throbbing/pulsing blue light with a trail of white behind it, flying/gliding low to the ground at about 50 mph.

It was silent and seemed be sticking to a straightforward path. It was close enough to me that I could actually make out the light clearly but it was too bright to make out what it actually was. I had never seen anything like it before. Very tricky to put into words.

The thing that struck me most about it was its size. This was not large by any manner or means. Your stereotypical UFO would be big and this seemed very small in comparison. But I have only seen things like that on TV so it would be wrong of me to make a comparison with something I have not actually seen in the flesh.

At the time I was driving on the main road, Kilkenny to Carlow N9, and it was flying in a southerly direction. I was slightly startled by what I saw and hence I did not know what to do. All I did was keep driving. I forgot about it and thought nothing more of it until I heard it was all over the radio that evening, 2:00 a.m. talk show apparently.