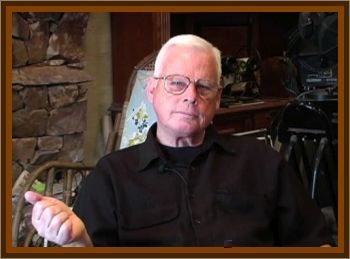 First off, I'm going to add that the first time I heard this interview, I felt like that must have been how Orson Welles listening audience must have felt on Sunday, October 30, 1938. It's scary. And is more impressive listening to it at 3:00 a.m. rather than reading it.

Let's say the government chose me. They were going to use me as an outlet to release this information. Let's just say they did that and they took me to a briefing. Then what John?

They whisk you to Washington, DC, you get limo'd to this building, beautiful building, you go up into this room. They say, Art, you're the guy and if you give us the go ahead, we are gonna release everything we know to the public. If you decide to go ahead, all major networks will be provided with information on all aspects of the cover up and no type of information will be withheld. Because of the deal for immunity for all participants of the cover up provides that nothing, no artifacts, no piece of information be withheld. So here's what happened, Art. We'll use some videos and stills. Our first UFO recoveries were in the late '30s. We made a couple in the beginning of the '40s and then came Roswell, which the public found out about. We got 2 live aliens from Roswell. One died shortly there after and one lived till 1956. And we found out so far there are 18 different alien species that we know about monitoring Earth. Some are good and some are hostile, most are indifferent. We found out that we are the experimental product, if you will, of an alien race who we never met and we don't know who they are. All we know is that the Greys are cybernetic organisms, glorified robots if you will, who work here at the behest of their employers monitoring us through abductions. We were never able to find out what the experiment is all about except that we have been externally corrected about 65 times. And they, the aliens, refer to us as Containers. There's been speculation that the souls our bodies contain is the reason for the experiments. But nothing's been proven or determined.

Since 1938 we've lost over 200 aircraft due to UFO hostilities, and thousands of soldiers in all kinds of different actions with aliens. Since that time several hundred thousand civilians have disappeared with no trace. Several thousand of those were eliminated by us because of their chance encounters with the aliens which we could ill afford to have publicized.

A slightly more frightening phenomena known as human mutilations have occurred on a regular basis and are similar to cattle mutilations. In that the human or humans are taken from the street, so to speak, and returned to the same area about 45 minutes to an hour later with their rectums cored out, their genitals removed, eyes removed from their sockets, and completely drained of blood. In all cases it appeared that the mutilation procedures occurred while the persons were still alive and conscious. One of our scientists speculates that apparently the human specimens had to be alive for the samples to be worth anything. Abductions occur on a daily basis throughout the United States to at least 10% of the population. When we were first made aware this we protested to the little grey being we had held in captivity at the YY-2 facility in Los Alamos, but a deal was struck that in exchange for advanced technology from the aliens we would allow them to abduct a very small number of persons and we would periodically be given a list of those persons abducted. We got something less than the technology we bargained for and found the abductions exceeded by a million fold than what we had naively agreed to. In 1954, President Eisenhower met with a representative of another alien species at Muroc Test Center, which is now called Edwards Air Force Base. This alien suggested that they could help us get rid of the Greys but Eisenhower turned down their offer because they offered no technology.

At this point it became apparent to all involved that there was no such thing as a God, at least how the public perceives God. Certainly some form of computer recorder stores information and an occasional miracle is displayed by the aliens to influence a religious event. This so unnerved Eisenhower that he had In God We Trust put on paper money and coins and put in the Pledge of Allegiance to reaffirm the public belief in God. Shortly after this it was determined in meetings between the U.S. and the Russians that the situation was serious enough that a cold war should be manufactured as a ruse to divert attention of the public away from UFOs towards some other scary threat like the H-bomb. It was also decided to keep the ruse secret from any elected or appointed officials within both the U.S. and Russian governments as it took so long to vet these officials and the ruse was easier to manage if the top people didn't know about it.

In the late 1950's NASA was formed to compartmentalize, containerize, and sanitize information from all space platforms and vehicles. We sold NASA to the public claiming that all information would belong to them but they got very little and even that was highly sanitized.

Our first efforts were to keep the public from learning about Venus. A very similar planet to Earth and it's population is very similar to us just technologically advanced. We have learned a lot from them starting with the Russian Venera I and U.S. Mariner II, we made Venus look like a lead melting, volcanic surface, spewing sulfuric acid into a pressurized atmosphere 90 times that of Earth. And as often the case we over did it and we wondered why nobody asked how a parachute survived a descent into 800° air. We set up operations in Pine Gap, Australia to preclude any prying eyes figuring out what we were up to. We regularly eliminated through extreme prejudice anybody who was part of the operation and made the least little tiny threat about disclosure or dissatisfaction with the operation. Any space mission that included Mercury, Gemini, Apollo, Mariner, Voyager, Clementine, and all the rest. All data initially came transmitted to Pine Gap then it was relayed to JPL or wherever after sanitizing. We had a little trouble with amateur radio operators but we figured out how they could intercept these signals but we managed to deal with that. When the Russian threat began to fade we introduced Vietnam which kept the public occupied for over 10 years. The cover up and personnel to run the operation began to get bigger and bigger and required more and more money. We were forced to inflate the defense budget, which soon was not enough. Then we got into the drug business which was still not enough. We were the ones that looted the savings and loan industry and Wall Street to boot. It is so out of control now most people want immunity and want out. But there is so much secrecy and so many double and triple blinds in place that it's unlikely that this thing can ever be dismantled. And even if you give us the go ahead to spill the beans to the public it's unlikely they will get anything more than, yes, we recovered a flying saucer and yes, there was an occupant, but that's all we're gonna tell ya.

So go ahead and roll the tape for Mr. Bell.

What you see here are what human mutilations look like. That one was a male about 27 years old. That one is film of dead aliens being pulled from the wreckage of a craft that crashed in Olancha, California in the '50s. That craft you see over there was over 250' in diameter and had to be buried on the spot. That site is in Utah near Dugway Proving Grounds. The object you're looking at now is the Kecksburg Acorn, which was brought to Wright Patt in the middle '60s. There's Frank Drake trying to force information out of a being tied down to a stretcher. He was supposedly from Tao Ceti.

These pictures you're looking at now are structures on the Moon. That's the tower in Sinus Medii and it's over seven miles tall. And that thing over there is what we call the Colossus of Oguram, in Mare Crisium. We don't know what it does but the machine itself is bigger than Brooklyn, New York. Now those are videos of the domes covering the craters. As you can see, some are in a very advanced state of decay.

These are 5 second slides of the 18 different alien species we are looking at. That one there is the most gruesome looking. The guards at one facility are carefully indoctrinated over several months being shown pictures similar to but not exactly like the alien. Only when he'd been acclimatized, so to speak, of the horrible looking beings are they allowed to stand in security positions. Before these acclimatizations were done, we had two guards die of a heart attack as the aliens came down the hallway unexpectedly.

And this last clip is of the Kennedy assassination. You've heard of the second gunman theory? Well, this is the second camera that recorded exactly what happened and we had 4 gunmen. And the bottom line was that Kennedy had to go. He insisted on releasing what little alien information we had told him about and he was trying to withdraw troops from Vietnam which we were using as a diversion for the public.

After Kennedy we never told any President anything. Nixon knew because he was briefed as VP in 1952. That's how we knew where to take Jackie Gleason to Homestead Air Force Base to see the alien bodies we had in storage there.

And that's about it. What say you Art Bell? Do we brief the public? Yay or nay?