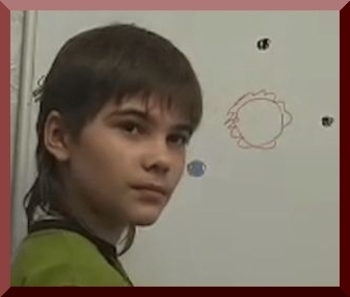 15 year old Carl Nicholson made a call at 12:30 a.m. to the RCMP Detachment in Dartmouth, N.S. to report his observation of a UFO an hour earlier. Constable D.S. Fontanne made a patrol to the area to see the witness. When the Constable arrived he was informed by Nicholson that the object had appeared to land down behind the trees.

Fontanne interviewed the youth and discovered that the teenager was baby sitting for his parents but at about 11:30 p.m. his dog had begun barking outside. Curious he had looked out of the window and observed an object in the sky. He watched the object for about an hour before it seemed to land and decided to report it to the RCMP.

During the period that he watched the object it hovered, moved across the sky and then landed in a wooded area about 3 miles away. Though Nicholson could not see the actual shape of the object, he reported that it had four colored lights of blue, yellow, green and red, fixed horizontally across the object. However prior to landing a large white light came on underneath the UFO at which time it was just above the tree line.

That night the sky was partly cloudy and there was a very bright moon. Nicholson had kept an eye on the area where the UFO had appeared to land and up until the Mountie had arrived, he had not seen he object rise from the trees. Fontanne as well had kept an eye on the spot and stated in his report that it had not lifted off while he was there. Cst. Fontanne was impressed with Nicholson’s sincerity and believes the youth saw what he said he saw, but the RCMP report makes no mention of any checks being made, even superficially, of the supposed landing area, with Halifax or Shearwater radar or their respective Air Traffic Controllers.