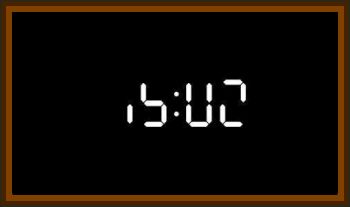 In the spring of 1963 I had just turned 15 years old and had gotten my driver's liscense.

A friend of mine and I had a double date with 2 young ladies we had been dating for a while.

We were in my dad's car. We picked up our dates at approximately 7:00 p.m. After getting a burger we proceeded to a parking spot in the edge of the country that I had recently found.

As I pulled into the area I turned the car to the right, and I stopped the car with the nose pointing basically northeast. I was looking out through the windshield when I noticed what appeared to be the full moon rising.

I had a telescope as a kid and kept up with the phases of the moon and knew there was no full moon at that time.

As I recall there was no moon in view at all. However, the first object I saw had the appearance of a full moon in color and close in size as well as it rose above the horizon.

As it rose into the sky it changed in color from a deep reddish gold to white much as the moon does.

As I watched, a second object the same size and color rose from the same place and went through the the same appearance changes as the first. Then a third obect appearing identicle to the first 2 rose into the sky.

They were in what I call a reverse lazy L with the third object being slightly left of the first 2 and below horizontal to the second looking something like this in the sky:

They were moving almost directly toward me. It was a perfectly clear night as I recall it. They were identical in appearance as far as I could tell. They were very striking in the sky. I excused myself from the car and my date and walked about 50' from the car in the dark.

The objects were now well up into the sky at about 45° above the horizon. I am not a good judge of altitude at night, but I will guess they were somewhere around 2,000' to 2,500'. They were Piper Cub slow, and taking a guess they seemed to be flying somewhere around 70 mph in formation perfectly together.

At that point I called out to my friend to join me. To give you an idea of how striking they appeared, when my friend got about half way to me our dates saw them and completely panicked. They were screaming and crying for us to take them home.

I asked my date to calm down, that this would only take a few minutes, and we would go. She seemed ok with that. However, from time to time the screaming would break out again.

At one point I remember one of them asking:

And the other said it's a dog.

Then quite as my friend and I watched, the craft continued on their course from northeast to southwest.

They were perfectly silent.

I could see stars disappear and reappear behind them as they flew. They were 3 seperate objects.

There were no other aircraft that I could see or hear. I was 15 years old, had 20/20 plus vision, and according to the USAF in 1969 had much better than average hearing.

They appeared to be about ⅔ the size of a big full moon in the sky. They were perfectly circular looking at them from beneath, and I did not notice any feature I could call the top.

Imagine a man's plain gold wedding band, a little broader band than the ladies version, an ovaled edge and charged with the most beautiful color gold you can imagine. And I mean charged with what I will call an almost nuclear appearance, resembling a very bright aurora. That would be the outside edge of these craft.

They were lit from edge to edge with the area just inside the edge, which was white, appearing to have less light than anywhere else but yet bright.

They were gradually brighter looking toward the center. Then in the center was something that looked like Jupiter on a bright night that was slowly undulating and twinkling.

As the first 2 came to almost overhead the light of the 3rd object appeared to fluctuate from side to side and it had changed direction flying to the northwest. They flew away on those courses until they were out of sight.

I felt no threat from these craft. In fact I remember a feeling of tranquility as I watched them. At one point I had a feeling of mutual awareness.

When we walked quickly back to the car, the girls were very upset with us. One shouted:

Look what time it is.

It was almost 10:00 p.m, and I was late getting my date home which in those days was serious business.

I remembered hearing one of them shout:

And the other saying:

So I asked about it, but they said that it had not happened which seemed odd to me. My girl stayed upset with me for a couple of weeks.

The following Monday at school, 9th grade, I came out of a class and saw a couple of friends. I was telling them the story when a young man came up to the group that had assembled and loudly announced that he and his dad had also seen them and that they were not flying saucers and that we were not supposed to be talking about it.

All the group flushed in different directions. I never knew who the kid or his dad were. To be fair there is an airport in the direction the first 2 flew away toward. There is also a Naval Air Station about 65 or 70 miles away in the direction they came from in Meridian, MS.

I also have seen large black, unmarked, dual rotor helicopters that come from the NAS flying that approximate course from time to time up to the present.

I entered the USAF in 1969. I was stationed at a SAC base in Orlando, FL. I have serviced many aircraft from B52's, KC135s, C130s, many fighter air craft, and including U2's that were top secret at that time. I have seen about every running light and approach and landing light that existed at that time. I serviced Air Force 2 twice.

However, I have never seen anything like what I saw that Spring night here at home.

What I can tell you is that my friend would never talk about it all. The last time I talked to him before he passed I asked him again what he thought about it all.

And he changed the topic. I have lost contact with the girls.