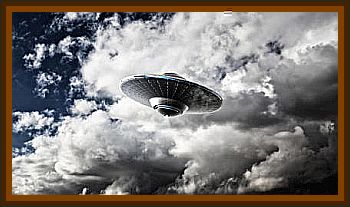 A Tasmanian man has described as spooky, an unexplained flashing object he saw in the night sky above Launceston.

The lights flashed white and green for several minutes before turning out in the sky high above the tree line, he told the local newspaper.

Brendon Hill first saw the flashing lights above Mayfield on Thursday night from his backyard balcony at Riverside.

He then witnessed the same lights on Saturday night.

On Thursday I dragged my three mates outside to show them and they were bewildered, none of them could describe what they saw or could come up with an explanation of what it was, Mr. Hill said.

Mr. Hill looked at the site of the flashing lights through his binoculars the next day and said he could not see anything that would generate the same pulsing light.

There are no buildings or towers in that area that could generate that much light, it was very strange how I couldn’t see anything during the day, he said.

On Saturday about 9:00 p.m. Mr. Hill saw the flashing lights again and this time caught them on his video camera.

It made my hair stand up on my neck, Brendon said.

It seems so unhuman, it doesn’t resemble anything I have seen before and after seeing it with my own eyes it feels very spooky.

A Bureau of Meteorology Launceston spokesman said no sightings of Mr. Hill’s description were reported to the office.

However, there were reports of the Aurora Australis, or southern lights, which sends bright green and red lights flashing across the sky .

The Aurora is more of a swirling, wave like look across the whole sky, it does not sound like his description, the spokesman said.

Launceston Air Traffic Control also did not have any reportings of the lights.

Mr. Hill said he had no reason to believe it was anything man made. I don’t mind if it turns out to be something really boring because it would put my mind at ease, he said.

It’s annoying not knowing what it was. My mind keeps ticking over trying to figure out what it could be.