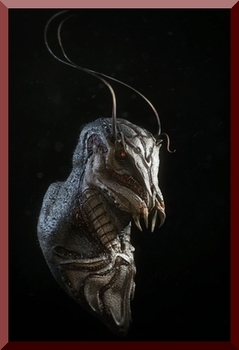 This is an old story, some of the terror has lessened, and although it has been blanked out of my life, I would have a flashback, and re-live it.

My mother was there, but we never in all these years ever spoke of it. Two years ago, I re-met my brother, and recalled a little of what I remembered, he said he did not recall, and things that are beyond our control, never question it, then he walked away.

We lived in Langley Prairie, as it was then called, our home was at the side of the then called Trans Canada Highway.

Cloverdale/Langley border ran through the property. We were not in school, it could have been Spring or Summer holidays, it was a hot day, not a cloud in the sky. The war had ended. The year was 1947, I was 16 years old. There were very few homes in this area, a lot of trees in areas, and a lot of flat farm land.

My brother and I were at the creek that ran close to our home. He was in the water catching minnows, and I sat under a large tree reading. It was very quiet, I had heard a hum, but I thought nothing of it, the next I knew, a silver/gray, and what I know of today, was a UFO, sat down right in front of me.

I go in and out of a blank state for an hour or so. I do not know the time frame. A door opened, I believe from bottom to top, and out walked 4' or 5' grotesque creatures, looking like praying mantis, wearing dull silver/gray body fitted covering, no buttons, zippers, nothing.

By this time, I had stood up, and still held my book, one creature came right to me, and stood looking at me, took my book and looked at it. It put its hand on my shoulder, it could read my thoughts, everything I thought of, it knew. It was so terrifying. It looked into my eyes deeply, and I am certain I could hear the black eyes click, just like a camera.

I was feeling much calmer now, and sent my shouting Mother away, saying:

He would shoot her if she did not go back inside the house.

I sensed they were here due to the war and bombs.

The creature left me, and walked away to the other creatures, they walked around the UFO inspecting it, there was a problem, and they were trying to fix it. It was to do with the front door area, I am sure.

As I stood under the tree, my mind cleared, and I had a good view, and I realized that more cars were passing on the Highway in front of us, they could see everything. I thought to myself, and can remember this so well:

The silly fools, don't they realize someone driving by will be able to see them and the large silver dome.

The creature came right back to me, looked into my eyes, and that hand on my shoulder, said by telepathy:

My head was down on my chest, and the next thing I heard was a hum-hum.

And there it was, at the top of the tree, right over my head, going up quickly into a sky that had about four military planes, going faster than I have ever seen, with a deafening noise never before heard, I think they had been circling for ages, and now the chase was on. The UFO just slid right across the sky going towards Washington, there is no way those planes could ever catch it. There must be tons of reports on this sighting, I realize now.

I called my brother, he did not move, I had to step into the creek, take him by the hand, call his name, and said:

We will go home now.

Mother was in the kitchen when we came in, she was nasty, and said:

So, you finally came home.

We did not speak, we needed water, I could not drink enough, then went to bed. I spent many days, or even weeks in bed, have no idea, but I was crimson, no aspirin helped, just water and deep sleep.

Eventually, when I was able to stay up and walk around, I could see from the kitchen window, a large circle of burnt or black grass, and three months later, we moved away. I have never spoken to anyone about this, and find it very hard to write about. I started a journal a few years ago and could not finish it.