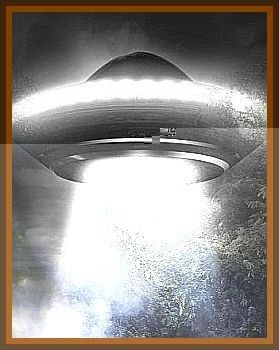 Herr Malthaner, who lives in Munich, has been an investigator of the UFO problem for 20 years. He served for 12 years in the technical branch of the Luftwaffe and is now a teacher in a vocational school.

His German text, and the English version of it which he was good enough to supply, and which were dated March 1972, have been collated and edited.

A retired electrician named Max Krauss, aged 65, was walking along a country road towards his home in Langenschemmern after a shopping trip to Aufhofen, Kreis Biberach/Riss, Württemberg, South Germany, when he had the strangest encounter of his whole life, which he is today still able to describe precisely, in all its details. His account is as follows:

It was at about 4:00 p.m., a disagreeable sort of afternoon, with an almost completely overcast sky. Just as I was leaving Aufhofen, I heard what seemed like 2 sound barrier bangs, though not as sharp and hard as they usually are, but quite dull, as though muffled in cotton wool.

I was walking along on the left side of the road, in order to face the oncoming traffic. The wind, quite boisterous, was in the direction of 255°, and was catching me in the rear at an angle of about 15° from the left.

On the slightly sloping macadamized road, to the right, was water from the recent rain, which was flowing out from a field track.

Instantly, I can’t say why, I turned round, and was astonished to see what looked like a torn off portion of the skeleton of a plant coming whirling along on the right hand side of the road. I waited for the wind to drive it into the ditch. But, on the contrary, despite the boisterous cross wind, the something carried on its course, straight ahead, close to the ground.

Slowly it overtook me, on the right hand side of the road, and I could now see that this was no plant. What at first glance had looked like the skeleton of a plant was in fact a transparent ball some 15" wide, which had spokes inside it.

From a dark spherical nucleus with hazy edges there came 8 radials or spokes which, as viewed together from the center, all projected at an angle of 70° or 75°. The spokes tapered off towards their outer extremities, their tips extending to the perimeter of the globe, which was almost as clear as glass but non reflecting.

Seen from where I was, the thing was rotating on a vertical axis and anti clockwise, and was floating, gliding along, rather than rolling, a mere hand’s breadth above the ground.

As the thing passed me, I increased my pace and stepped out after it. At the moment of the encounter I was not frightened, merely astonished and curious. But I was incapable of doing anything whatsoever, such as picking up a stone, or going over to the thing and giving it a kick with my foot.

I was stopped from doing so, and could only look on and observe. The thing may have rolled along in this way beside me for about 500' or so. Then it halted, did a right angle turn towards the little stream of water, and stopped there. The rotation stopped too.

What I now observed is beyond my power to comprehend. From the dark center of the ball there emerged, downwards, something resembling a hose pipe, which bent itself back and upwards like a U and then writhed about sideways several times.

In the bend that was nearest to the ball there appeared a gleam like brightly glowing hot iron. The glowing color grew darker towards the more distant convolutions, and was only visible on the outward facing sides of each convolution of the hosepipe.

The hosepipe started wriggling about like a worm, extended itself, and went down to the ground. I am convinced that it reached into the water. The worm remained there for a short while, and then was drawn back in again.

At the same time, the central part of the ball changed color throughout half of its radius, becoming milky, like water just before it boils. The outer shell of the ball now displayed a bluish tinge, somewhat like the ionized air to be seen around electrical high tension generators.

Then the strange object slowly started its rotating, gliding movement again, passed across the road, quite close to me, to a point a pace or so into the field. And there it vanished, so absolutely silently, and at such lightning speed, straight upwards into the sky, that I was unable to follow it with my eyes.

One thing however that did strike me was that, shortly before the occurrence, all the birds had flown off in the opposite direction. Never before have I seen a crow move its wings so fast.

Next day I made a search of the surroundings, but without finding anything remarkable, I also took a photograph of the section of road in question. At the time of the experiences I suffered no harmful effects in any respect. My wife dismisses my story as a piece of fantasy. If the affair ever becomes known here locally, I suppose it will be all up with my reputation.

I assure you that I have told the truth in every respect.