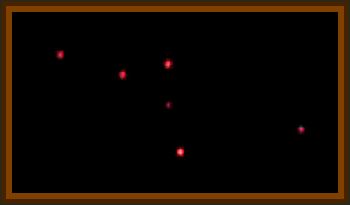 The other object remained stationary for approximately 10 minutes and started to descend towards the horizon in a downward pendulum like motion and disappeared from view.

Others also reported seeing objects maneuvering in the sky.