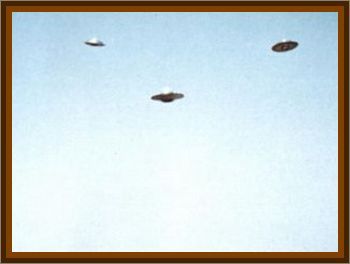 Philip Parker was on an aerial photography mission was flying with pilot H.T. Mayhew near the Perth Church Road Lake Norman crossing.

Their plane was flying at about 1,000' as they circled the lake near the McGuire Nuclear Station, when they noticed three bright objects to their right. Pilot Mayhew gave his plane full throttle and they rose barely high enough to escape the UFOs, which were flying in formation 100' below them. Unnerved, as he was Parker was able to take one photograph of the three UFOs above Lake Norman, which is bordered by the Catawba, Lincoln, Gaston, Mecklenburg and Iredell counties in North Carolina.