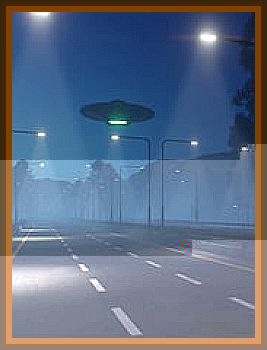 This is one old and hearsay report so ditch it if you wish. Anyhow I've never told anyone but, Here's the thing:

My grandfather, now dead, told me in early 1980's when I was very young, 10+ years of age, that he saw a green ball of light moving, following a road, towards south.

I thougtht he was referring to late 1970's or early 1980's, it doesn't matter since no local paper gave confirmation.

My grandmother did say, at the time granddad told me, Don't tell him odd things, and still my grandfather, known never to take any alcohol and/being totally sober from drugs also. I just mention this since drugs are common in some countries now a days, insisted on the sighting. He said it was nothing spectacular/odd, just a cigar shaped 1' to 80' ball of green light never seen by anything he had seen/read about. He had nice library I quite liked it, and he was not least ashamed nor quiet about it if anyone asked. He even called the local newspaper Etelä-Suomen Sanomat about it next morning, but nobody else had seen it.

So he really did not go to any trouble telling about it, just stated me the facts.

My first time hearing about it was when I read and told him at the dinner table, later about advanced flight. I told stuff about planned aeroplanes 2 mach I'd read in a book in his bookshelf, there were so many books. At my age I did not think he had had time to read them all, now I'm sure he did not because I can say he never read/understood the german/russian/hungarian books in the shelves.

I didn't make much of it at the time, nor anytime later since now, but you might be able to find out on our local newspaper? I still think it was marsh gas, plasma, or equivalent natural though unknown phenomena. And poorly described. But it was obviously larger than a torch worn by persons/car/bike, nor did it sparkle.

Location of the sighting was from north to south via road,above road, not touching it. Speed was nothing spectacular, just 30 mph or so. Like a fast moving car but there was nothing below it, and it just took the road, looked like it, since there were pines all around. Viewer lost sight when the road ended, up+south there's a T intersection, both sides left&right and up, even steeper hill, had lots of pines and some leafy trees, and not a clue which way the thing took off. If it'd taken up it'd have been seen against Salpausselkä, so obviously it took of right/left or disappeared.

There are very old granite hills east, but some very deep ditches of marsh to the north, and there a never drying lake with no river out. I can draw if Google doesn't provide/if you insist, the landscape isn't too different today I could take a picture if I thought it made any difference. It should be obvious in Google maps? All the area around is max 300' x 300' private properties, each one with one house. Odd nobody else reported seeing it.

He especially stated there was no sound.

Below here is for personal/documentation usage only, please.

The location will tell my/grandfater/etc personality to people in town so anything below is not for public review:

My granddad was watching the item move from north Purokatu, viewed from Mäyränkatu, to south purokatu, lost the item view close/before Purokatu-Kiveriönkatu intersection. View to the first end, looking right-hand, of the sighting is blocked by lots of birches, so he propably saw it from the intersection of Mäyränkatu/Purokatu towards south, near road. There's an opening, a small pond, so it is not sure the light followed road, but behind that opening there's a very tall hill so it was between the hill and the viewer. The hill curves back towards road rising so the thing was seen either back on the road or going all the way the road.

Finally it went up the hill & road towards the T-intersection near/where he lost view of it.

Sorry I did not proofread this report with any program, but I'm not too interested in spelling mistakes. Also I do repeat things my granddad said with emphasis. This is the only odd story I heard from him, or I heard anyone else about him telling.

After all, I think this is just another swamp-gas/plasma thing. I just thought I'd submit another unverifiable heard from someone of sighting.

Oh, you can call the rather big newspaper about things near Mäyränkatu/Purokatu but you better send the email about the names while in phone, or have someone talking Finnish.

Feel free to ask specific questions though I am not sure I can answer, Or want to.

Please do not contact my grandmother she's very old, Oh yes, I do say THIS because otherwise you would bother her. She will confirm anything I say. If you prefer just dismiss this report rather than contact her. Other persons do not know. Maybe my 2 uncles but I've never asked, and anyhow, they don't have 1st hand experience and one is a drunk.

I clicked aura around the object since it was floating and he said there was nothing below it, I figured out it's green glow reflected from the road and nearby objects. But this was only my thoughts, didn't think to ask about it.

I have never seen UFO myself, not even sure where they come from, and my grandfather was in the war and did not tell stories about it at all, just stated it was horrible, do anything to avoid, even give some leeway to Russians until country's in danger again.

Still he did tell me this in a matter of fact stuff, he didn't believe in aliens or anything like that.