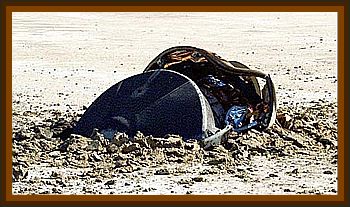 Johannes Nordlien was waiting for co workers when he heard a howling, jet like sound.

A moment later a saucer shaped object, 12' in diameter, came at high speed from the west and passed by him 300' away.

It impacted with a violent splash in the River Lagen. The object was white as snow, and Nordlien clearly observed its flat and round shape as it hit the water.

When his fellow workers showed up, the water was still boiling. The loud howling sound vanished as soon as he saw the object.