2 Beings in the Windows 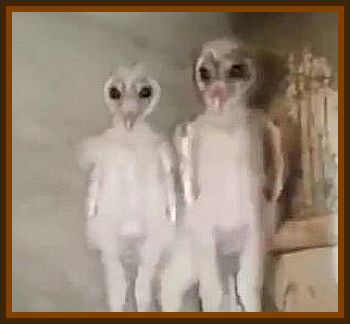 While returning to Santo Domingo at about 1:00 a.m., Senor A.S. Cruz saw a light over the sea, which descended to water level, and a tube came out of the bottom and took up water.

The witness stopped to watch the unusual spectacle. The UFO stopped its action and headed toward him.

As it approached, the witness saw two beings in the windows who seemed to be looking at him.

Sr. Cruz tried to drive away, but his car would not start.

Then he noticed the presence of another identical UFO.

Behind the two objects was a pair of thick black tubes or cylinders that were joined together.

Suddenly, and in complete silence, the UFOs were sucked up by the tubes, which immediately started moving, and then disappeared before the witness’s eyes.

At this time Sr. Cruz’s extremities were asleep.