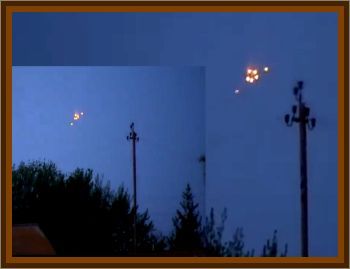 Experts at an Army missile base say they are puzzled about strange ghost ships picked up by powerful radar scanner in the Pacific during a tracking exercise last summer.

There has been little official comment on what the scientists found during the exercise. But Major Dallas Van Hoose, an Army spokesman, confirmed recently that some unexplained aerial phenomena were observed during the exercise last August. Scientists, many of whom are reluctant to be named in interviews because of genera public skepticism over Unidentified Flying Objects, say privately they have been unable to find any explanation for the ghost ships. We have never seen anything precisely like this before, said one ballistic missile defense expert who works for an Army agency here and who is familiar with the advanced radar used to test missiles and warheads. Huntsville houses the Army's ballistic missile defense systems command which tests in the Kwajelein Atoll region of the Marshall Island Trust Territory held by the U.S. Last August, the Air Force launched a Minuteman ICBM from Vandenberg Air Force base aimed for the Kwalaicin missile range which is used by the Army, Air Force, and Navy. The radar experts in the Pacific found they were also tracking an unidentified flying object next to the ICBM?s nose cone.

Radar picked up an inverted saucer shape object to the right and above the descending nose cone and watched it cross the warhead's trajectory to a point which was below and to the left of it before the phantom ship disappeared. The ghost ship was described as being 10' high and 40' long.

2 separate radar systems saw it at the same time which may eliminate the probability that there was a malfunction in one of the radar systems. It was also reported that 3 other identical objects were seen in the vicinity the same size, shape, and dimensions. One scientist said the data indicated that the phantom ship flew under its own power, but cold not explain what sort of „power was involved.

So far, none of the experts here believe the ghost ship was a natural phenomenon caused by freak weather conditions or echoes commonly seen on radar screens.

When FOIA inquiries were filed with the Army, they denied having any records concerning the sighting. We were referred to Vandenberg AFB, California. Vandenberg responded that in accordance with Air Force manual 1250, which implements the Federal Records Act, the launch operations records for August 1973 have been destroyed. Note that it is not stated that the UFO tracking report was destroyed, only a very general statement is given that launch operations records were destroyed. That such a mysterious event as this would not be kept somewhere for possible future use is incomprehensible. Yet this excuse is offered time and time again to deny access to records.