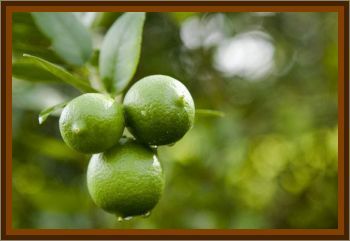 Late afternoon, female wildlife researcher Katy Frankovich (KT) took her dogs for a walk in a nearby lime grove. Inside the thick vegetation of the grove, witness heard a knocking sound like a tree being struck with a heavy stick. KT reportedly looked into the area she believed the sound was coming from and suddenly caught sight of a humanoid shaped being standing inside the vegetation staring directly at her. Although, stunned, KT did not know what she was looking at. The being seemed equally stunned.

During the first few moments, she thought someone in a costume was playing a trick on her. Then, she started feeling unsure as to what she was looking at. She carefully examined the bipedal creature, which stood close to 5' tall, and noticed a strong lower body with thick, muscular, athletic legs but an upper torso that was disproportionately narrower and weaker looking. Two relatively large eyes that were completely black. A relatively large cranium. And hands with six digits consisting of a thumb and five fingers. KT, a trained observer of wildlife, also noticed a small, sloth like animal with blue fur hanging upside down from a tree limb near the creature. No head or tail was visible, only fur. After a standoff, the being suddenly broke out of the vegetation with the small furry animal placed into a type of carrying bag and began running.

KT reported that when the being ran, she noticed that it ran more like a gazelle and seemed to be defying gravity to a degree, making long leaps and only lightly touching down. At this point, witness determined that this was no prank and that she was witnessing a life form not known to this world. She repeatedly yanked her attack dogs—which acted totally unaware of the mysterious creature—and ran parallel to the creature for a considerable distance until the creature ducked into another part of the lime grove’s thick vegetation. Along the way, KT kept hearing in her mind the words, “Biente, biente”, apparently coming from the creature, telepathically. Later, she was told that this word was old, Castilian Spanish and was a friendly, inviting greeting. As KT reached this area, she ran into a wall of pungent chemicals that were unbreathable and intolerable forcing her to halt then back away. At this point, she was overwhelmed with the feeling that there were more beings in that part of the thicket causing her to feel uncertain and scared. Although the witness had years of experience interacting with animals in jungles and swamps and was not easily intimidated, she could not classify this creature into any known scientific category.

KT then reportedly jerked her dogs and ran the entire length of the lime grove to escape until she reached an active highway approximately a third of a mile away. The next afternoon, two government agents greeted her as she walked her dogs in the lime grove looking to see if the being would again be there. Witness reportedly frustrated the agents when they asked her if she had seen anything weird in the lime grove, lately. She did not trust the agents and was not sure what they might do if they were to capture the being.

Two days after the lime grove encounter, wildlife researcher KT Frankovich was talking on the telephone in her home next to the lime grove and watching the late night news when she became aware of another similar humanoid creature staring at her from several feet away with its face almost against the screen of the open apartment window.

KT sat still, worrying that any sudden movement might frighten the being away. She got the distinct impression that this being was female, with the earlier encountered being therefore being a male. KT did not feel this being was harmful but rather curious and somewhat shy. She claimed to sit still staring at the being while holding her phone telling her friend on the other end what was happening.

Momentarily, Ms Krankovich began feeling telepathic communication coming from the being. The being called her Protector of Life, and seemed to have a form of respect and perhaps admiration for the wildlife researcher. KT then noticed a smaller, younger entity slowly lean out from behind the female being, in similar fashion to a shy child peeking from around its mother. At this point, she felt no threat but rather delight and appreciated the experience. After a minute or two, the beings backed away from the waist high screened window and disappeared into the night.