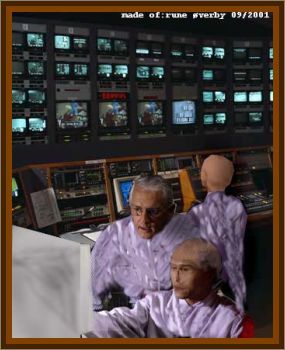 Phillip H. Krapf, a writer and former copyeditor for the Los Angeles Times, emerged in 1998 as a UFO contactee/abductee. Following his graduation from college in 1963, he worked on a paper in the San Fernando Valley in California, and then in 1968 joined the staff of the Times. Among the highlights of his career was his sharing in the coverage of the Los Angeles riot of 1992 that earned a Pulitzer Prize. He retired in 1993 and has since worked as a freelance writer.

His life changed on June 11, 1997, when, according to his account, around 2:00 a.m., he was abducted aboard a spacecraft. The Verdants are a race of Greys, a little over 5' in height and slender in build. They had prominent eyes that shone out from slanted openings. They had pointed ears that reminded him of Mr. Spock, of Star Trek fame. Their skin was greyish green. They wore flowing garments. Other humans were also in the room when he arrived. Some were on tables being examined.

The aliens identified themselves as from the planet Verdant. They are a sexually reproducing population of 500 trillion individuals. Allegedly, the Verdants live for 1000s years and currently inhabit 246,000 different planets. Krapf reports that, so far, Verdants have persuaded 27,000 other non Verdant planets to join under their umbrella, adding yet another 150 trillion aliens to their empire. Allegedly, the Verdants call their umbrella the Intergalactic Federation of Sovereign Planets, or the IFSP.

Their home planet was some 14 light years distance from Earth and approximately 2½ times its size. They had achieved a level of intelligence that allowed them to live without war and they had moved out into the galaxy to establish the IFSP., into which Earth was being invited.

They said that they had been abducting humans over the last generation to study their biology, and that that study had come to an end. They now wished to establish contact with Earth openly and had abducted Krapf for that purpose. They were in the process of abducting several hundred people, some of relative cultural importance who would begin to establish the context in which contact would occur. He was chosen to write an account of the Verdants because his colleagues had known him to have disbelieved abduction stories in the past.

In the near future, the visitors will convert an area in the desert Southwest into a grassland and construct a city that would become the focal point of contact.

After three days of meeting with the aliens, Krapf was returned to his bedroom. He began to write up his story and within a few months had a manuscript in the hands of a publisher. In the meantime he had learned that much of the future collaboration of his story would begin early in the year 2002 with the earthlings who were being trained as ambassadors coming forward to place plans for contact before the public. In 2004 some startling events will occur that make the presence of the aliens fully known.

Krapf's account was published in 1998 along with a letter of endorsement by popular metaphysician and owner of his publishing concern, Louise Hay. He subsequently appeared on a number of talk shows, including the popular late-night radio show hosted by Art Bell. His story, which combined elements of classic contactee reports with those associated with abductions, was received with great skepticism by ufologists and some negative reviews appeared. Subsequently, Krapf reported a meeting with one of the ambassadors, in 1999, and gave an interview in which he predicted that all of the Y2K problems had been solved and that nothing of consequence would occur with the computers at the end of the year, that part proved to be true. The ultimate evaluation of the remainder of his story awaits the unfolding of his timetable beginning in 2002. However, it is now 2016, Nothing came to be, that the general population is aware of.