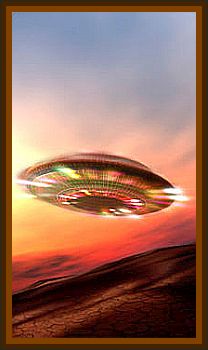 To affirm or deny it would put us in the position of discussing it and we cannot discuss it. - Anonymous U.S. Air Force spokesman.

On January 29, 1952, at 11:00 p.m. at 30 miles Southwest of Wonsan, North Korea, 2 among the crew of a U.S. Air Force B-29 Superfortress bomber saw an orange luminous rotating and pulsating 3' sphere, with a blue flame halo, follow their plane during 5 minutes.

A similar sighting by another B-29 crew occurred the same night 80 miles away over Sunchon.

The Air Force disclosed today that objects resembling flying saucers have been sighted over Korea by crew members of two U.S. bombers. A spokesman said the objects were described by four eyewitnesses as globe shaped, bright orange in color, and emitting an occasional flash of blue light. He indicated that several were sighted, but did not give the number.

The first report reached air force intelligence officers from two crew members of a B-29 Superfortress who said they saw the objects flying parallel to their plane about midnight on the night of January 29. The plane was over Wonsan, Korea at the time.

Washington, February 19, 1952 - The Department of the Air Force stated today that an investigation has been ordered into reports from several members of the crews of two United States bombers that they saw objects resembling flying saucers while on mission over Korea. This is the first time for several months that such objects have been prominently in the news, the Air Force having earlier discounted reports of similar phenomena said to have been seen in the United States.

The objects reported over Korea are described as globe shaped, bright orange in color, and emitting occasional flashes of bluish light.

Air Force officers here, Tokyo, and in Korea today refused to comment on a report that B-29 bomber crewmen saw strange looking orange globes over North Korea the night of January 29.

Far East Air Force headquarters in Tokyo, which directs B-29 bomber operations in Korea, would issue no statement on the latest version of flying saucers. Asked if pilots of night fighters or B-26 light bombers had seen the objects, a 5th Air Force spokesman in Korea said:

To affirm or deny it would put us in the position of discussing it and we cannot discuss it.

An air force spokesman in Washington said B-29 crewmen reported they sighted the objects over Wonsan on the Korean east coast and over Sunchon in the west central Korea.

In this important article starting with the phrase:

The Air Force is now ready to concede that many saucer and fireball sightings still defy explanation, here LIFE offers some scientific evidence that there is a real case for interplanetary saucers, article by H.B. Darrach Jr. & Robert Ginna mention this case:

On January 29, 1952, just before midnight, a B-29 was on solo mission over Wonsan, Korea. It was flying at a speed somewhat less than 200 miles an hour, at an altitude somewhat above 20,000'. Simultaneously the tail gunner and the fire control man in the waist saw a bright round orange object in the sky near the plane. Both said it was about 3' in diameter, flew with a revolving motion on a course parallel to theirs, and wore a halo of bluish flame. It also appeared to pulsate. The object followed the B-29 for about five minutes, then pulled ahead and shot away at a sharp angle. On the same night a similar globe was seen by the tail gunner and waist man of another B-29, 80 miles away over Sunchon, but flying at about the same height. The globe followed the plane for about a minute, then disappeared.

Theoreticians in the Air Force believe the fireballs were not natural phenomena but propelled objects. They bear some similarity to the balls of fire called fireball fighters or Foo Fighters, which flew wing on Allied aircraft over Germany and Japan during 1944-45 and which have never been satisfactorily explained. In the Korean incidents, the fireballs seem, on the evidence of their sharp acceleration, their blue light and their abrupt, angular swerve, to resemble the saucers described earlier.