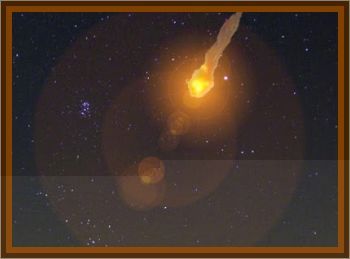 The event prompted local authorities to dispatch law enforcement officers to look for a possible downed aircraft, but no evidence of a crash was ever found, according to an Associated Press article printed the next day.

An Indiana Air National Guard officer based in Fort Wayne said the boom and accompanying lights could have come from F-16 jet training exercises breaking the sound barrier and deploying flares, but added that his unit’s logs did not show that any sonic booms were produced that night.

In the transcript of a radio transmission from the evening, a sheriff’s deputy says:

Grissom, Air Reserve Base, near Kokomo, just advised me their security forces advised that there’s not any military aircraft that’s been up or doing anything in that area because they just contacted Ft. Wayne as well, just to make sure.

Some UFOlogists have disputed that F-16s were the source of the phenomena, claiming on one website, for example, that monitoring revealed at least three anomalous radar only tracks which exhibited unusual flight characteristics.