More Strange Lights In The Sky 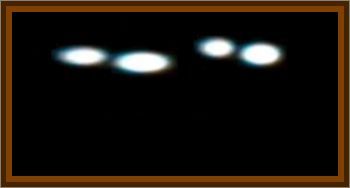 From a coastal car park one Sunday evening in the Autumn of 1967 we looked at the night sky in the region of the plough.

Several of what appeared to be stars began to move in various directions, they looked like stars, two of which came together became one and continued to move about. A seperate star like object moved away completely all across the night sky whilst the others remained in the region of the plough.

After some ten minutes there was only the frame of the plough to be seen. My wife, myself our two children and two people in a nearby car all saw this event, we allerted the people in the car because we couldnt believe what we were seeing, it was quite frightening.

When we arrived home in Oldham two hours later we reported it to Joddrell Bank but never saw other reports of sightings or received any response.

No one will tell us we imagined it, no way it was very real, something was up there and it was not satellites either. I hope you can throw some light on our experience.