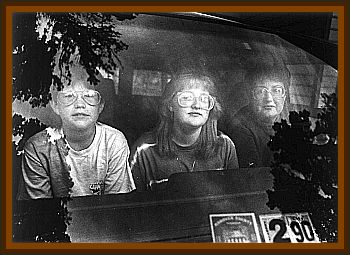 One night Sandie Taylor was driving from Tappahannock to Mechanicsville with her two children in the back seat when they saw something unusual in the sky.

It looked like a pretty large star, 10 year old Matt Taylor said, But it started moving around.

Stephanie Taylor, 13, recalled: I saw a bright light in the sky…but then it just followed us all the way home from Tappahannock. I don’t know what it was.

Mrs. Taylor said the thing in the sky unnerved her, at time it hovered right about the trees. At one point the object shot up in the air diagonally and met another object like it, she continued.

According to a UFO specialist, what the Taylor family was all over the Southeast and typical the objects had been circular and red and had hung in the air…hovering over trees and zipping back and forth.

Mrs. Taylor said: I feel like I've been in a dream. I wish I'd had my video camera, and I wish someone would explain it or admit they saw it too.