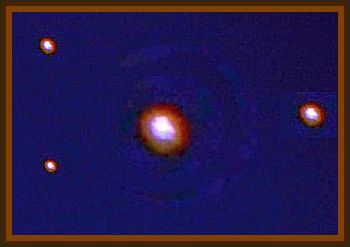 I was walking down lower Kimmage road when I noticed a orange orb travelling from the direction of the Dublin mountains towards the east coast.

It was just under cloud level and made no sound. it traveled about 100-150 mph. it looked more like a ball of energy more than a solid object. other aircraft where visible at the time in the distance which made the object more unusual in that there was no flashing lights or other indication to suggest conventional aircraft.

I watched it pass overhead and continue to travel out in the direction of the sea until I lost sight of it due to it entering a bank of clouds. After about a minute another object appeared from the same direction and did exactly the same as the previous one.

When I lost sight of this one I waited for awhile and then continued to walk down the road, I happened to turn around again and witnessed another one coming from the same direction, I stopped walking and when this object disappeared into the clouds another one appeared.

Altogether I saw 4 of these objects which could not have been balloons, flares or airplanes.

They seemed to have some intelligence behind them as they all traveled on the same trajectory, at the same speed and at the same height of which was lower than aircraft should be in that area. It is hard to estimate their size. I captured the fourth one on my camera phone but it turned out very pixelated and dark.