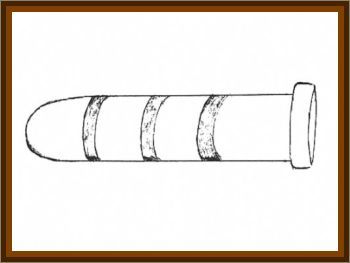 One of the earliest and most spectacular reports from Africa concerns the sighting of a huge cigar shaped UFO which hovered over famous Mt. Kilimanjaro. The UFO was photographed from an East African Airways plane flying in the vicinity. After remaining motionless for a considerable period of time, the object suddenly climbed steeply and disappeared. The movie film was developed and reportedly showed a clear and sizeable image of the object, according to the Natal Mercury.

The sighting was detailed in the Nairobi Sunday Post, February 25, 1951, by Capt. Jack Bicknell, pilot of the East African Airways plane.

The Lodestar plane left Nairobi West at 7:00 a.m. At 7:20 a.m., the radio officer, D. W. Merrifield, drew my attention to a bright object like a white star hanging motionless about 10,000' above Kilimanjaro. My first reaction was to say nothing. We watched it for three minutes. Then we told the passengers about it. One of them had a very powerful pair of binoculars with him and he began to study it. In the meantime, we put a radio message through to Eastleigh describing it. Eastleigh asked us to check whether it was a meteorological balloon. I then examined it for several minutes through the binoculars... At this point, the plane had approached to within about 50 miles of the mountain,

Through the glasses, I saw a metallic, bullet shaped object which must have been over 200' long. At one end was a square cut vertical fin. Its color was a dull silver, and at regular intervals along the fuselage were vertical dark bands. Its whole outline was clear and sharp and there was no haziness about it at all, it was absolutely stationary, and remained that way for 17 minutes.

Capt. Bicknell states that two passengers were taking photographs at this time.

Then it began to move eastwards, rising as it did so. It disappeared at about 40,000'. The machine left no vapor trail, and it had no visible means of propulsion. My impression was that it was definitely a flying machine of some kind.