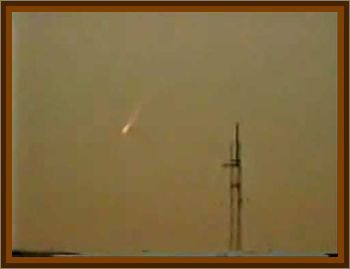 According to the October issue of Combat Aircraft Monthly, Iran’s old school F-14 Tomcats and F-4 Phantom II fighter jets have been used to intercept foreign and unknown aircraft that have infiltrated the Middle Eastern nation’s airspace for years.

UFOs are an inseparable part of Iranian Air Force history. Since the late 1960s, when the air force began to rapidly expand its combat aircraft fleet, luminous unidentified flying objects began to appear over strategic locations across the country. These sightings increased with the expansion of the air force and reached a peak on September 18-19, 1976 when examples were reportedly intercepted by Imperial Iranian Air Force, IIAF, F-4Es over the capital, Tehran.

Iranian combat aircraft have been known to chase U.S. drones in the Persian Gulf. Iran has even recovered one that went down in 2011 and decoded it in it an effort to manufacture clones.

But it appears that a few suspected drones were a little more than Iran’s fighter jets could handle.

The incident involving the F-14A occurred on October 28, 2004, when the interceptor was on a combat air patrol, CAP, over the Arank heavy water reactor near Khondab. The glowing UFO was seen at night and was judged to be collecting data from the reactor, according to the report. Details of the encounter including a dogfight as well as an interview with the Tomcat pilot and RIO are mentioned on four pages of the IRIAF report into UFO overflights.

The sources claimed that ground and airborne radar detected aircraft flying near Iranian nuclear sites that displayed astonishing flight characteristics, including an ability to fly outside the atmosphere, attain a maximum cruise speed of Mach 10, and a minimum speed of zero, with the ability to hover over the target.

A jet set to pursue one of the objects exploded moments after takeoff, and gave an account of a case in which equipment on Iranian fighter jets malfunctioned on approach to an unidentified flying object.

In one case over Arak in November 2004, the crew spotted a luminous object flying near the heavy water plant When the beam of the Tomcat’s radar painted’ the object, both the RIO and pilot saw that the radar scope was disrupted, probably due to the high magnetic energy of the object increasing the power of the reflected radar waves. The pilot described the object as being spherical, with something like a green afterburner creating a considerable amount of turbulence behind it.

The Tomcat crew achieved a lock-on when it was flying a linear and constant flight path. Once the pilot selected a missile to launch against it, the object increased its speed and then disappeared like a meteor.

The latter claim mirrors a famous UFO incident that reportedly occurred over Tehran in 1976, in which F-4 fighter jets that were scrambled to intercept an unidentified aircraft temporarily lost use of weapons and instruments while in pursuit.

While the technology described in the 2004 incidents hasn’t been publicly demonstrated by any foreign military today, it stands to reason that it certainly wasn’t available in 1976.

But apparently, that hasn’t stopped people from reporting UFOs in Iran. In 2009, the Associated Press reported that Iranian state media had been gripped by a kind of flying object fever with dozens of reported sightings, but the Iranian government maintained that the sightings weren’t extraterrestrial in origin.

UFO overflights resumed after the Islamic Revolution of 1979 and there were alleged sightings over the US Embassy during its occupation by pro-Khomeini students. Mass UFO sightings occurred two weeks prior to the official outbreak of the Iran-Iraq War in 1980. During the Tanker War later in the decade, UFOs apparently appeared over Iranian oil rigs a few hours before US Navy strikes.

UFO sightings in Iranian airspace resumed after the Tehran government covertly launched its nuclear program in the early 2000s. UFOs began to be reported over nuclear sites, and the IRIAF blamed US intelligence gathering operations. Other UFOs started to appear over the Semnan ballistic missile test range. Beginning in 2009 the IRIAF employed special air defense measures during ballistic missile tests at Semnan.

In 2009 the Iranian Air Force Strategic Research and Studies launched a research project to study the nature of the UFOs spotted over Iran in the past five decades. The IRIAF researchers working on the project included F-4E instructor pilots and aerospace engineers assisted by scientists.

The study concludes that the UFOs in question were manmade and that, in the past two decades, the objects primarily appeared in proximity to sites related to Iran’s ballistic missile and nuclear programs.