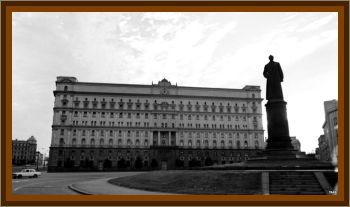 The incident happened on 11 Jan 1985. On the early morning hours of 11 Jan, radar stations in northern Siberia registered two unknown flying objects coming into the Soviet Union. The two radar objects flew at great speeds, and registered at 2,000 kilometers per hour, 1250 m.p.h.

Soviet Air Defense Systems launched four interceptor airplanes to identify the radar objects. Strategic Forces Chief of Staff (GURVO) was notified. It was difficult to track these radar objects. They were flying so fast (or "at great speeds") the interceptors could not catch (or track) the objects. A Soviet General, who was in charge of air defenses for the northern sector (Siberia) claimed the objects were missiles because of the great speeds they were traveling at in our country.

The General alerted all interior defense sectors (the Soviet Union had a perimeter of air defense, from the exterior frontier to the interior). The Interior radar sites could not track the two objects because they were traveling too fast. Border Guards and the Chief Directorate sent controlled messages updating GURVO. They would be on the radar screens for just a few seconds, compared to a regular flying aircraft that would appear for minutes.

The General also said the two objects were flying erratically. The objects were flying from a high altitude to a lower altitude within just a few seconds. No normal airplane could fly like that. This worried many Soviet Command Staff personnel. Soviet radar lost track of the two objects in the central part of the country. A brief radar contact was observed north of Bratsk.

Sometime around noon on 11 Jan, Soviet Internal Police reported residents of Zhmurova reported a strange object in a collective (farm) field. Police arrived in Zhmurova from Cheremkhova and Kyuta. Two police officers drove to the object. They observed a second object flying directly above the ground object. The police officers tried to radio their command center in Cheremkhova, but their radio did not work.

The two pilots later reported seeing the two flying unknown (unidentified) objects east at a higher altitude and at a great speed. The objects flew directly towards a missile site. Soviet Military Command Central notified the missile base and warned them of the intruding flying objects. GUCOS (ICBM Chief Directorate Chief) was sent an urgent controlled message.

The missile base went on high alert ("priority alert" in Russian). Military guards watched the two objects approach the missile base. One of the objects flew very low over the base.

Military guards fired antiaircraft guns at the approaching object. The bullets (SHELLS) struck the enemy object, but was ABSORBED or PASSED DIRECTLY through the object. The craft glowed a BLUISH-GREEN COLOR and then landed. Military guards surrounded the object. Personnel from the SECOND Chief Directorate in conjunction with GRU-MRVD, responded. The object opened a door and a bright light appeared in the doorway. Five occupants walked out of this light and onto the ground.

Military guards surrounded the five (5) occupants and pushed them, with their rifles in a gesture towards a military vehicle. The four occupants carried their fallen comrade to the military vehicle. The occupants were driven to a detainment facility (confinement facility) in Cheremkhova briefly. They were transferred to a bigger vehicle and taken to a military compound in Irkutsk. The Military Intelligence/Interrogation building within the Irkutsk Military Command Central was used.

Military officials attempted to interrogate the four occupants. Many different languages were used: English, Spanish, German, but the occupants never acknowledged any language. The injured occupant received first aid by a Soviet Military Doctor. The doctor told the commander in charge that THE INJURED OCCUPANT WAS NOT HUMAN.

SMALL HAND INDENTATIONS WERE LOCATED ON THE DISPLAY PANELS. The occupants were transferred from Irkutsk by a Soviet military plane to Moscow. The occupants' craft was loaded onto a large truck and driven to Irkutsk. The occupants arrived in a location south of Moscow and detained inside a confinement center. They were given water and food (Russian black bread and soup). The occupants did not eat or drink.

Several interrogation sessions occurred with the occupants by KGB and Soviet Military Linguists from the SECOND Chief Directorate, and the KGB language school were present, but the occupants never spoke nor communicated.

On 14 Jan 85, in the early morning hours, the five (5) occupants escaped from their confinement rooms (cells). A large search was initiated, but the five occupants were not found. The captured craft was stored in a hanger at a military base. On 14 Jan 85, the craft flew out of the hanger, destroying the hanger door with a BLUISH BEAM OF LIGHT. This was the ending [end] of the incident.

This incident became very secretive within the KGB/GRU. Many senior officials within the Kremlin were worried. But it seemed that the Kremlin knew something about these crafts. Senior officials were not surprised, but only concerned about the (successful) penetration into the country. GUCOS and GURVO updated reporting procedures and debriefed personnel.

I have not thought of this incident in many, many years. I wish I could go to the Kremlin today and look up the documents. But I am retired, and I cannot have access. Please make your American friends know the TRUTH. The CIA was wrong ... THEIR SPIES LIED. But what worries me is that the CIA had spies within our Soviet military that we NEVER caught.