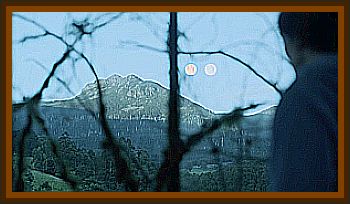 Tasmania was Australia’s biggest UFO hotspot in the 1970s

And 2016 is the 40th anniversary of one of the most intriguing and mysterious events.

The event took place in February 1976 on the outskirts of a small town called Kettering in Southern Tasmania.

A 39 year-old man was woken by his young child crying, only to see a plane coming down on the shore of Little Oyster Cove, with a widespread glow spreading across the area.

Still in his dressing gown and thinking it could have been an accident, he headed towards the light.

What confronted him, about 75' down the slope, was an extraordinary dome shaped object.

Windows around the object gave off a bright light. The exterior looked like aluminium. Through the three or four windows, the witness saw a tall cylindrical object, which he likened to a ship's compass mounting, and motionless grey shapes, perhaps entities.

As the witness drew close he could hear a humming noise, like that of an electric motor.

Then the object slowly rose from the ground, still humming, increased its speed, became a dot in the sky and disappeared. The whole incident lasted about seven minutes.

In the morning, the witness discovered that the grass on which the UFO had rested was scorched in a circle. The grass later died and was replaced by a tougher cutting grass.

When the Tasmanian UFO Investigation Centre visited the site, the affected area stood out as much greener than the surrounding area, yet researchers remained puzzled as to the cause of the dead grass or why it regrew in that manner.