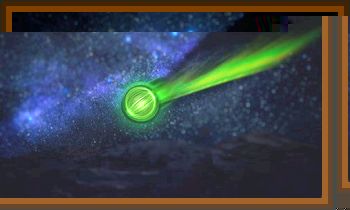 As of the assembling of this note, newsrooms all across this area are being flooded with calls of concern regarding an unusual aerial spectacle seen in the Northern Kentucky/Cincinnati vicinity.

One witness to the incident, a resident of Cincinnati, informed this reporter that shortly after 7:00 p.m. while traveling northbound on Interstate 75 from the Florence, KY entrance ramp, that he and his wife observed 2 rows of lights traveling in formation. This formation, he informed, was way too wide to be any airplane.

He suspected this to be an Air Force formation of jets that had flown low over the Greater Cincinnati/Northern Kentucky region.

The duration of the sighting was between 30 to 45 seconds.

A group of lights on the left portion detached and moved away from the larger formation, the witness informed.

All the lights disappeared together, into the distance.

In response to this credible report of a large object or group of objects sighted in the Florence, KY vicinity, a call was placed to the newsroom of 700 WLW radio in Cincinnati.

The receptionist informed that hundreds of people had seen this spectacle, and within the last few minutes, it had been explained as a meteor.

The explanation, he informed, came from the airport, whose control tower, according to the motorist, would have had a clear, full view of the oddity, and also from scientists, whose names were not at his disposal.

The oddity was seen from Indianapolis, IN to Paducah, KY.

We’ll try to stay alert for any further information on this strange situation and keep you posted when able.

The newsroom of WLWT Channel 5 was contacted, and the employee in the news department informed that their station has been flooded with calls regarding the unusual sighting in the skies around 7:00 p.m.

We don’t have a good explanation for what happened, at first, we thought it was part of the meteor shower, but then we talked to a University of Cincinnati astronomer who told us that he doesn’t think this was a meteor. He thinks it was part of an old satellite which has dropped out of orbit.

When asked how this information is being received in the newsroom, he said:

People all over the tri-state have called.

Some callers informed that part of the object broke off from the main formation, and it looked like this was some kind of debris.

The employee at the newsroom informed that people all across the greater Cincinnati area have been calling 9-1-1 stations in each of their respective communities.

The response to this is really sensational, we’re going to run this news story at 11:00 p.m., in the first block, he said.

In the last half hour I have been listening to News Radio 700 WLW, and this sighting is all they are talking about. On the Bill Cunningham program, his guest is Bill Boshears, host of Sci-Zone radio program. Boshears also saw the oddity, and described a flash before the object appeared. He said the sighting was spooky.

WKRC Channel 12, CBS, Meteorologist Tim Hedrick was interviewed extensively on the 9:30 p.m. newscast, and recounted his sighting of what he initially presumed to be a burning aircraft. He also told of a greenish glow in the sky.

They are taking many phone calls, and they are liberally entertaining the theory that this sighting was caused by a UFO.

NUFORC has received an estimated 80 to 100 reports from numerous eastern states tonight. We have been on the telephone for almost 3 hours receiving reports, and we have received approximately 50 reports over our website regarding tonight’s events.

Reports have come in from the following states:

The reports are widely variable, ranging from single, slow moving fireballs, to formations of up to a dozen or more objects in seemingly precise formation.

In addition, we have received reports from 2 FAA facilities, indicating that multiple flight crews have seen extremely bizarre objects and formations in the night sky.

To the best of our knowledge, most of the sightings occurred between 7:00 p.m. and 7:30 p.m. EST, although one sighting was reported from Georgia for approximately 90 minutes later.

We do not yet know what may explain these sightings, but they do not appear compatible with either a meteoritic event, or a space debris reentry event.

I have to run, the phone is ringing again already.

This appears to be the most dramatic event I have handled in 5 years at NUFORC. However, we do not know yet what is causing the sightings.

Meteorologist Tim Hedrick was again interviewed live on 700 WLW radio, and informed that his sighting took place at 7:03 or 7:04 p.m.

The object, as he described, was traveling from West to East, and looked like some sort of aircraft, like a semi truck with green flames shooting out of it.

John Venture of the observatory informed this was not part of the Leonids.

Tim Hedrick informed that a Lafayette, Indiana television station has videotape of this, and his station, WKRC Channel 12, CBS, in Cincinnati, will try to gain this video from Lafayette for use on their 11:00 p.m. newscast. They hope to get the signal via satellite.

For what its worth, the meteor report has taken a strange turn with some additional information.

Bill Cunningam then informed that the object, first reported from Nebraska, would have to have been an ICBM, being launched from that area.

This was somewhat curious, and was information which could be followed up on. A call was placed to the Hanover Township fire department, non emergency telephone line, and the receptionist at the station verified the claims made by the caller to 700 WLW.

The person who handled the call gave his name upon request, but his name will not be referenced in this report for privacy concerns. He conveyed how they were informed that a missile was accidentally launched and was destroyed, in some capacity, by Wright Patterson Air Force Base.

The officer informed that he was unaware of the source of this story, but that it was probably something heard over the radio, and not over two way.

He said that this was some kind of rumor, and when pressed for additional information, was either unable or unwilling to list a source for this information or a radio station/channel.

The officer did verify that the caller to 700 WLW was accurate in his recollection that Hanover Township fire department officials were openly discussing the theory that this was a missile which had been destroyed.

I had a look this morning at the TV stations websites, and WKRC is explaining it as part of the Leonids or possibly an unrelated meteor shower.

WLWT only has a link to NASA’s Leonids pages, also saying it was the Leonids or an unrelated meteor.

The timing of this sighting is just so close to the beginning of the Leonids, that it no doubt will remain the official explanation no matter what witnesses describe.