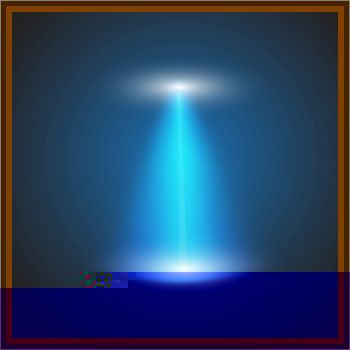 Erminio Reis, 30, and his wife Bianca were driving on the Rio de Janeiro-Belo Horizonte highway near Matias Barbosa when they began to feel sleepy. Erminio pulled their VW over to the side of the highway and fell sleep over the wheel.

Several minutes later, Bianca, still awake, became aware of a dead silence over the area, and noticed a blue light that appeared to intensify and approach them. As it neared, she screamed, believing it to be a plane about to crash. Her husband, now awake, had no time to say a word, as the couple, still in their car, were absorbed in a bright beam of light, as it through a chimney.

They found themselves, still in their car, in a brightly lit, kind of circular garage. A kind of skylight appeared in the ceiling and two human appearing men floated down toward the car and its occupants. They were dark and about 6’6”. They signaled to the couple to open the doors and get out, but Bianca was paralyzed with fear. Erminio got out first and his wife, eventually, followed, having to force her door open. The men were speaking incomprehensibly to the couple and Bianca screamed at them:

Her husband describing the situation as dream like, kept repeating:

One of the two beings stepped on a button in the floor and a staircase appeared, up which the couple was led into a large compartment filled with instruments. They were given headsets to put on over their ears, one of the two entities also donned a similar set, and then plugged them into a kind of computer. As he quickly manipulated dials, the couple heard a voice say:

I am Karen, calm down.

Bianca was told that she had to undergo a series of examinations of the skin, ears, and eyes. Then she was placed in a box like device that turned red, inducing in her a static electric charge that caused her to lose consciousness temporarily. She was next placed in a form fitting chair that converted into a table and bed. Both were required to drink a thick green liquid of rather bad taste.

Several other entities joined the others, including one tall female with dark hair and large dark eyes. The couple was told that they performed medical research on their world and that age was treated as an illness, and that no one experienced death.

Finally they were advised not to speak of their experience, since they would be considered mad if they did. They were told that they had a method to erase memory.

They were then set free to continue their journey. Bianca claims that by means of a small implement that was implanted during their experience she was able to remain in communication with the being called Karen.