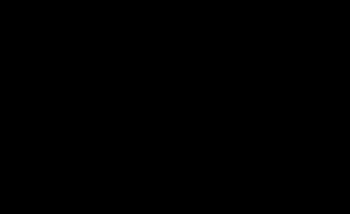 In 1989, at a military base near the nuclear test site of Kapustin Yar, members of two army units noticed a UFO, which hovered for hours over the arsenal of the base. The KGB files contained the handwritten reports of the sighting. It flew over the stores of the unit and moved in the direction of the missile arsenal. When it hovered over the arsenal, a bright ray appeared on its underside.

Very little was known about UFO investigations in Russia and the republics of the former USSR during the communist era. UFOs were officially labeled capitalist propaganda in the 1950s and 1960s. A few scientists such as Professor Felix Zigel and Yuri Fomin documented UFO incidents, but their results were rarely published and circulated mostly in samizdat form. Ufology began to prosper in the early 1980s when Commissions on Anomalous Phenomena were established under the patronage of a few academicians.

Stories of secret military UFO investigations began to spread with bluntness, increasing with the break up of the USSR. Retired military and intelligence officers were now speaking up and offering documents. One collection, covering a decade of military UFO investigations between 1978 and 1988, was sold by its former director, Colonel Boris Sokolov, to American journalist George Knapp and to ABC News. In 1991, the Committee of State Security, The KGB, declassified 124 pages of documents of Cases of Observations of Anomalous Occurrences in the Territory of the USSR, covering a total of 17 regions.

One of the most interesting cases in the this file is a multiple witness Close Encounter of the First Kind, at a missile base in the district of Kapustin Yar, Astrakhan Region, on the night of July 28, 1989. The file is surely incomplete, but offers an interesting glimpse into the maneuverability of UFOs. The report does not say what kind of missiles were in the arsenal, nor whether there had been any nuclear warheads. The dossier consists of the depositions of seven military witnesses, two junior officers, a corporal and four privates, plus illustrations of the object by the observers, and a brief case summary by an unnamed KGB officer. Neither the author nor the department are identified, but the document is at the beginning of the KGB file on the Kapustin Yar incident. It states in part:

After questioning the witnesses, it was determined that the reported characteristics of the observed UFOs are: disk shaped, 13' to 17' diameter, with a half sphere on top, which is lit brightly. They moved sometimes abruptly, but noiselessly, at times coming down and hovering over ground at an altitude of 65' to 200'. The command called for a fighter, but it was not able to see it in detail, because the UFOs did not let the aircraft come near it, evading it.

Atmospheric conditions were suitable for visual observations. The file on the case is obviously incomplete, since there is no data on the jet scramble mission or whether ground or airborne radar detection was also reported. Nevertheless, the hand written descriptions by the seven witnesses from the signal center do provide interesting reading about the flight behavior exhibited by the UFOs. The most detailed communication was submitted by the Officer on Duty, Ensign Valery N. Voloshin. A Captain from the telegraph center informed him at 11:20 p.m., 23:20 hrs. that an unidentified flying object, which he called a flying saucer, was hovering over the military unit for over an hour. After confirming the sighting with the operation signal officer on duty, Ensign Voloshin and Private Tishchayev climbed the first part of an antenna tower.

According to his deposition:

One could clearly see a powerful blinking signal which resembled a camera flash in the night sky. The object flew over the units logistics yard and moved in the direction of the rocket weapons depot, 1,000' away. It hovered over the depot at a height of 65'. The UFO's hull shone with a dim green light which looked like phosphorous. It was a disk, 13' to 17' in diameter, with a semispherical top.

While the object was hovering over the depot, a bright beam appeared from the bottom of the disk, where the flash had been before, and made two or three circles, lighting the corner of one of the buildings. The movement of the beam lasted for several seconds, then the beam disappeared and the object, still flashing, moved in the direction of the railway station. After that, I observed the object hovering over the logistics yard, railway station and cement factory. Then it returned to the rocket weapons depot, and hovered over it at an altitude of 200' to 240'. The object was observed from that time on, by the first guard shift and its commander. At !:30 a.m., 1:30 hrs., the object flew in the direction of the city of Akhtubinsk, and disappeared from sight. The flashes on the object were not periodical, I observed all this for exactly two hours: from 11:30 p.m., 23:30 hrs., to 1:30 a.m., 1:30 hrs.

Private Tishcahayev essentially confirmed Ensign Voloshin's testimony. The guard shift of Corporal Levin and Privates Bashev, Kulik and Litvinov basically tell the same story. They were all alerted by 1st Lt. Klimenko and they all saw up to three UFOs performing fantastic acrobatics in the sky, such as:

Suddenly, it flew in our direction. It approached fast and increased in size. It then like divided itself in three shining points and took the shape of a triangle. Then it changed course and went on flying in the same sector.

After veering, it began to approach us and its speed could be felt physically. It swelled in front of our eyes.

Its flight was strange: no aircraft could fly in this manner. It could instantly stop in the air, and there was an impression that it wobbled slightly up and down, it could float, exactly that, float, because the word fly would not be adequate, it was as if the air was holding it, preventing it from falling.

At all times that I observed it, it was blinking. Blinking without any order and constantly changing colors, red, blue, green, yellow. The point itself was not blinking but something above it.

Here is what I observed:

There was a flying object, resembling an egg, but flatter. It shone brightly alternating green and red lights. This object gathered a great speed. It accelerated abruptly and also stopped abruptly, all the while doing large jumps up or down.

Then appeared a second, and then a third object. One object rose to low altitude and stopped. It stayed there in one place and was gone. Later a second object disappeared, and only one stayed. It moved constantly along the horizon. At times, it seemed it landed on the ground, then it rose again and moved.

All the testimonies coincided with the appearance of a jet fighter attempting to intercept the UFOs. The fighter made a first pass above the object apparently without seeing it. Then, according to Lt. Klimenko's deposition, the jet, which could be identified by its noise, approached the object, but the object disengaged so fast, that it seemed the plane stayed in one place.

It is difficult to make a final evaluation of the Kapustin Yar siting, since no information about the scramble mission and possible radar tracking has been released by the KGB. But the detailed testimony of seven military witnesses, who were familiar with rocket launches and various aircraft because of their post. Kapustin Yar is somewhat equivalent to the White Sands Proving Grounds in New Mexico, appears to confirm the unusual flight characteristics and extraordinary maneuverability displayed by UFOs in many instances. Moreover, as in the SAC flap of 1975 and the Bentwaters affair in England in 1980, the UFOs seemed capable of demonstrating a clear intent in the weapons storage area, as described in a 1975 declassified teletype concerning Loring AFB in Maine.

One of the official milestones of Soviet/Russian ufology occurred less than a year later, as a result of a radar visual and jet scramble incident on the Pereslavl-Zalesskiy region, east of Moscow, on the night of March 21, 1990. A statement issued by Colonel General of Aviation Igor Maltsev, Chief of the Main Staff of the Air Defense Forces, was published in the newspaper Rabochaya Tribuna. Unit commanders compiled more than 100 visual observations and passed them on to Gen. Maltsev, who stated:

I am not a specialist on UFOs and therefore I can only correlate the data and express my own supposition. According to the evidence of these eyewitnesses, the UFO is a disk with a diameter from 320' to 650'. Two pulsating lights were positioned on its sides. Moreover, the object rotated around its axis and performed an S-turn flight both in the horizontal and vertical planes. Next, the UFO hovered over the ground and then flew with a speed exceeding that of the modern jet fighter by 2 or 3 times. The objects flew at altitudes ranging from 300' to 24,000'. The movement of the UFOs was not accompanied by sound of any kind, and was distinguished by its startling maneuverability. It seemed the UFOs were completely devoid of inertia. In other words, they had somehow come to terms with gravity. At the present time, terrestrial machines could hardly have any such capabilities.