Buzzing Sound From The Sky II 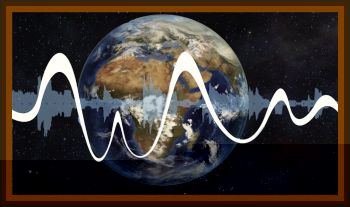 5 of us witnessed a cigar shaped wingless craft with a light shining inside of its windows hover over us.

We were out in the front yard in the evening and a metal, aluminum color, cigar shaped object the size of a DC-3 airplane hovered above us.

We could see square shaped lighted up windows, like in an airplane, and two wheels going around the aircraft. There were no wings.

It stayed above us for a while and then a bright light along with a hissing sound shown out one side of the cigar shaped object. The light started to form a bell shaped object out of one end side of the craft. Then it silently started to rise and disappeared high into the night sky. We called the Bonham Air Force Base, but they said that they saw nothing.

The next day I read in the newspaper that a lady who was fishing at night saw a UFO with a bell shaped light coming out of one side. However, no one believed us so we said nothing.