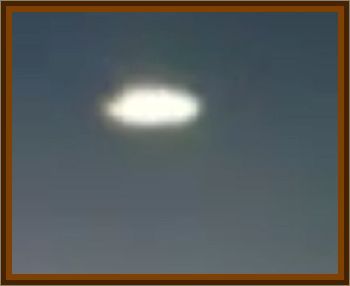 Kallavesi is a lake in the Eastern part of Finland, near the city of Kuopio. A local resident Mr. Raimo Blomqvist, 30, was visiting with his parents at their summer cottage on an island in Kallavesi. It was a Saturday evening in August, about 7:00 p.m., when he suddenly noticed a strange, colorful light ball coming from the sky, under the cloud cover.

The light came nearer and turned out to be an oval glowing object. It was something he had never seen, that is why it was difficult for him to discribe the object. He said that it had the shape of a fishcock, kalakukko, a local dish with fish and meat baked in bread. There was one difference, as the cross section of a fishcock is a quite regular, symmetric ellipse, one end of the strange object was oddly curved.

While the object was hovering above the shallow water of the island, some distance above water, 33' from Mr. Blomqvist, he saw something falling from the object. When it broke the water surface, he heard a sound that resembled hot metal touching cold water.

The UFO started to glow brightly and shot almost straight upwards and disappeared into the clouds. Mr. Blomqvist went to the shallow water and found a piece of stone. It was 1½" long, and you could see 5 layers in it.

11 years later Mr. Blomqvist contacted UFO investigators, told his story and gave the piece of stone found in the water. At that time we had a board member in the FUFORA, engineer Olavi Kiviniemi, who worked in the laboratorium of a steel factory. He organized proper lab investigations of the strange piece, also at labs of universities. They found out that the piece mostly was of iron, but there were also small amounts of other materials: copper, zink, magnesium, mangan, zirkonium, vanadium, titanium and crom. They also found out that the stone had been in a temperature of 650°-800° Celsius for a long time.

Later some investigators have proposed that the UFO piece found in Kallavesi is residue from a traditional iron factory. The piece resembles that kind of metal residue, but is not totally similar.

As many people who have had strong UFO experiences, it appeared that Raimo Blomqvist had parapsychological sensitivity. Later he also said that he had met space beings who looked like normal people.