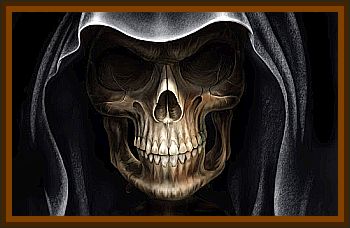 Date: Between January and Easter 1917

This case was first mentioned in the newspaper Kurkijokelainen, which is mainly read by persons who formerly lived in the little community of Kurkijoki in Northern Karelia, nowadays in Soviet territory.

The newspaper understandably contains a lot of memories of life in Kurkijoki before the war, and during the war. One of these was a short article written by the signature Latomäen Aino, in #23 June 9 1978) of Kurkijokelainen.

The signature tells a story from the time just before Finland declared independency, 1917. Anni, a widow, was living in her little house in Jyrinvaara, about 4 miles to the west from the Kurkijoki church. She disappeared for some days, and the villagers thought she had gone to visit her daughter. But when she came back, she had an amazing story to tell.

A large machine, like a big washbasin, had landed beside her house and from it, small creatures, which Anni later called devils, came down by the ladder. Somehow she could understand a little of their language. She was not willing to follow them, but she was taken aboard by force, and they traveled very fast, everything in the world was shown to her and there was a lot of wonder. The machine was shining inside and made no noise as in the train. Anni told that the devil flew her over the world and even between the stars. Anni retold her story many times, also in our place, but everybody said that she had a fever and hallucinated or just dreamed, but Anni did not agree. She was then already past the middle age.

The signature wonders if the machine was a UFO and the devils could have been humanoids; or did Anni only have a fever, after all?

Because of this article, one of the investigators in The UFO Research of Finland, Mauritz Hietamäki, detected and interviewed Mrs. NN., born 1910, who was a little girl and one of Anni’s neighbors when the event took place.

During the years that followed Anni’s experience, she had often told about it in NN.’s home, so Mrs. NN. could remember the details.

Anni’s full name was Anni Lattu, 1873-1930, and she was not a widow, even if it is probable that she lived alone. Actually, her husband Juho died 11 years later than herself. Mrs. NN. recollected that Anni was always alone when visiting the other villagers, so it was quite natural that NN. as a little girl took her for a widow. She lived in a little house on the eastern shore of the Kankaanlampi Lake, in the village of Alho.

The event took place, according to Mrs. NN, between January and Easter in 1917. Anni was doing her everyday work, when the machine, which she described as washbasin shaped, the usual washbasin in those days was like a big soup plate.

It had ladders, by which Anni was taken aboard against her will. Inside the craft, there were a lot of small men, who were moving quickly. Anni never spoke of their clothes, and it sees that she did not have any ideas of what the small men were.

As the religious people in the village thought they were devils, Anni accepted this and began to call them devils afterwards.

Mrs. NN. comprehended from Anni’s story that there had been a leader with which Anni communicated, perhaps by telepathy. Anni had been several days inside the craft, they had cruised around the world and near the stars. Anni was also asked to stay, but she did not want to. Inside the craft there had been conveniently warm and the seats were comfortable. Finally, Anni was brought back to the same place as she was taken from, from the road outside her house.

The other villagers thought that Anni had had a fever, her house was very cold during the winter, and her experience only fever dreams. Anni never accepted this, and it seems she spoke of it quite often, because she could not understand who the small men were.