Montenegro Air Force General Speaks Out About His UFO Encounter 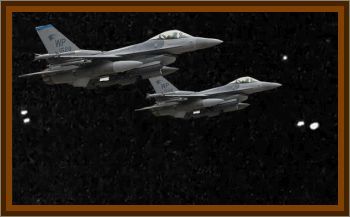 General Zvonimir Jurjevic was serving as head of the 172 Aviation Regiment in Titograd, now Podgorica, the capital of Montenegro, in 1975 when a brightly colored UFO came into the Air Force’s vicinity.

General Jurjevic said he first spotted the UFO in a routine flight in January of that year.

He described the object as having the ability to constantly change colors and was deliberately trying to be noticed.

The General said: The object looked like a glowing orb, very well visible, maybe 10 times lighter than the brightest star at that moment, and that the UFO's color kept changing, Color constantly changed from white, yellow, light red, orange, again white, and so on.

Jurjevic continued: It appeared from nowhere, unexpectedly. It was attracting attention on purpose.

Oddly, the UFO appeared exactly 50 minutes into a flight every single time without fail, according to General Jurjevic.

General Jurjevic attempted to intercept the UFO, and he said once again, as he expected, the craft appeared 50 minutes into his flight over the city of Cetinje. The commander went after it, but once he got close it mysteriously disappeared.

Several of the pilots in his regiment also spotted the UFO so General Jurjevic devised a plan.

Two aircrafts were to take off, then two others were to follow a little later from a different airfield to essentially circle the craft, all of the pilots had to have radio silence, however, just in case the ship attempted to intercept messages.

General Jurjevic explained: I only just stabilised the flight somewhere over Cetinje, when suddenly the object flashed over Budva, and Lieutenant Machec saw it above Niksic.

I ordered Machec to stay in place, and took a course parallel to the Adriatic coast, where I tried to establish at what distance the object was: it turned out that it was at about 6 miles.

However, it did not allow me to get any closer to it. I reduced the speed, the distance was the same. I increased the speed, it was still the same 6 miles.

What happened in the skies over Yugoslavia remains a mystery to this day, and General Jurjevic believes the case will never be solved.