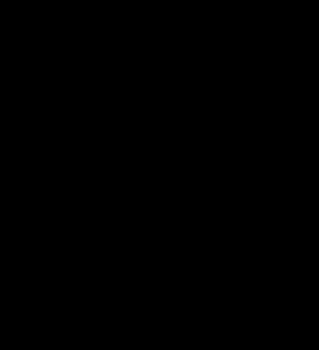 My Brother and I believed we saw something that sped up time with light’s from a ship.

While we were in transit with a vessel to Seattle from Alaska‘s waterways in the Wrangell Narrows, very bright white light’s almost a daylight effect on shore,

I saw as I made us a snack in the galley, I ran to the bridge, tried to talk to my brother…turn on the light’s his face had been burned, like a sun burn, only on part of his face.

We were scared and didn’t talk again until the next day, we didn’t feel good, a little weird feeling inside…you know? Missing time I think also, we were wide awake it was our shift together while our father and the engineer we sleeping.

It was the summer of 1985, we all had finished our season as a tender in Alaska, our ship was a 300' vessel we were on our way to Seattle, there were 4 on board me, my brother, and our father and our chief engineer.

Leaving the Gulf of Alaska, entering what is called Cape St. Elis, this is where you enter when there is bad sea’s, it is also known as the inside passage, very beautiful passage you can almost jump off the ship to shore if you want to, the summer night’s do not get dark, until 11:30 p.m. to 12:30 a.m.

My brother is a first mate and we share shift’s together, ours is from midnight to 6:00 a.m., were all up in bridge when I saw a bright light under our ship, it lit up the whole ship under water we were in motion about 9 knots or so, can’t go too fast in the passage, then it moved towards the bow of the vessel, within seconds it was gone.

My father the Captain said it was a whale that was moving under us and the phosphorus in the water was making the light. Maybe he was right but I remembered the jet that flew over head that woke us up earlier, it buzzed us a few times and was gone.

We were very glad that we were on our way back home to Seattle.

So nothing more about it, as our father said, are we ready to take over, warned us about going fast in here, we said don’t worry we’ll be fine, about this time I ask my brother if he was hungry.

I said I’ll go to the galley and make us something to eat, he said ok.

I waited for a moment or 2 he said, what about the food?.

I said ok then I traveled down the stairs to the galley, I was looking in the cooler to see what I could make. I think I started cooking on the grill or making sandwiches…I was looking out the porthole I saw the trees. Wondering why I can see them so clearly? It was nighttime and it looked like daytime. So I heard my brother on the intercom yelling at me to come up to the pilot house.

So I ran up the stairs…as I got outside It was daylight, all around the ship, everywhere I looked I saw light it was bright at first, but my eyes were trying to get used to the light.

I got upstairs finally and my brother is talking loud:

Can you see that?

I said yeah I can.

We opened the side door to the bridge and we could come out, but I was stopped by him grabbing me saying:

As soon as we did stop or talk the light was gone, back to darkness, it was weird cause our or my eyes had to adjust back to the night, in silence for a long time my brother asked me did I see that? What Happened?

I turned on the light’s and noticed that his face was burned, mine was a little my right hand, had a weird burn on it, as I look on my hand now it’s gone, I thought I would have that burn forever.

My brother face cleared up the next day, maybe a few days. We told everyone we knew, all thought we were crazy, by the way our trip back home?

As soon as you leave the inside passage, you enter the outside Ocean, it was to be bad weather. It was flat calm, not even a ripple, no wind, sunny skies all the way back to Seattle.

That was very unusual for this time of year, I’ll never forget what happened to me and my brother. I remember this as if it happened yesterday,

To be more detailed the lights did change from white to yellow, very bright colors, there was no sound, the night was black so fast as if someone turned out the lights. I know the object was round the shape was very huge much bigger and closer than I ever thought of to be, as the UFO left I did hear the engines again so maybe there was a sound.

There was not a loud sound that I remember, but we noticed that this did take time to do all this, It felt like seconds or a few minutes, but not 2 hours I notice that it was later than, it was a little after 2:00a.m.

I believed it started around midnight, I guess the UFO went straight up or behind us cause there were light colored particles in the air, as if it sped away in a half a second, extremely fast, gone.