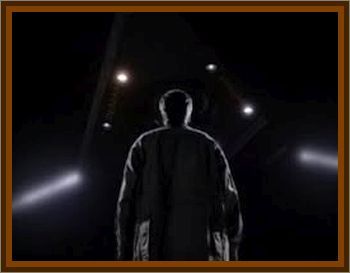 In August 1964 a strange event occurred at the Juanda Naval Air Base complex, Surabaya, Java, which in 1969 was recaptured by Lieutenant S. Badirun.

At about 7:00 p.m. Sergeant Satu Siswanto and Sergeant Dua Sihombing, were checking on his newly repaired lights. The road is the one that leads to the hangar. At a distance of about 600' from the hangar we saw a weird object that illuminated the very bright light of bluish red. The strange thing is not so obvious because the air at that time was cloudy. The weird object is above the hangar at an altitude between 90' to 150'.

There was a question from the pair, what was that?

In order to convince whether it was actually a light emitting object.

But an oddity arose, because the vehicle was gas fired instead of tightening it, but vice versa. To take the distance to the hangar that is so close it is difficult, but the vehicle is in good condition.

While trying to normalize the vehicle with a sense of wonder, they saw clearly how bright light was getting lowered near the hangar roof, such as a helicopter that was down slowly vertically. Then the big lights from car were lit, and instantly that strange thing was not so much lower, but with an incredible speed to raise up to disappear in the dark clouds.

The witnesses then went straight to the hangar to ask the guard post, but it turned out he did not know or hear anything.