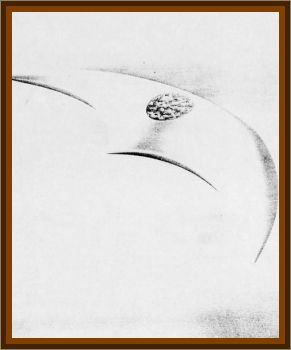 Portland prospector Fred M. Johnson reports several UFOs in the sky, in Cascade Mountains of Orgeon. Fred Johnson claimed the compass hand on his watch moved from side to side during the sighting.

This incident has featured in a list of twenty UFO cases produced by Bruce Maccabee in 1999 in response to a challenge to produce the best evidence for an extraterrestrial origin for the UFO phenomenon. He wrote a leter to the Air Force about it. The content of the letter is here:

Saw in the portland paper a short time ago in regards to an article in regards to the so called flying disc having any basis of fact. I can say am a prospector and was in the Mt Adams district on June 24th the day Kenneth Arnold of Boise Idaho claims he saw a formation of flying disc. And I saw the same flying objects at about the same time. Having a telescope with me at the time I can asure you they are real and noting like them I ever saw before they did not pass verry high over where I was standing at the the time. plobly 1000 ft. they were Round about 30 feet in dimater tapering sharply to a point in the lead end in an oval shape. with a bright top surface. I did not hear any noise as you would from a plane. But there was an object in the tail and looked like a big hand of a clock shifting from side to side like a big magnet. There speed as far as i know seemed to be greater than anything I ever saw. Last view I got of the objects they were standing on edge Banking in a Cloud.