Commercial Flight Forced To Make Emergency Landing Because Of A UFO 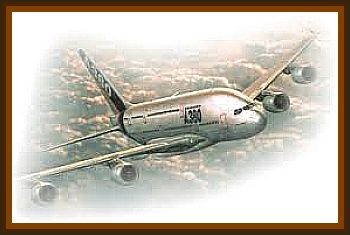 Flight JK-297 had taken off from Salzburg, Austria with 109 passengers on board, and had made a refuelling stop in Majorca, Spain before setting course towards Las Palmas, Canary Islands.

Halfway through the flight, at about 11:00 p.m., Pilot Francisco Javier Lerdo de Tejada and his crew noticed a set of red lights that were fast approaching the aircraft. These lights appeared to be on a collision course with the aircraft, alarming the crew. The captain requested information about the inexplicable lights, but neither the military radar of Torrejón de Ardoz, Madrid, nor the flight control center in Barcelona could provide any explanation for this phenomenon.

In order to avoid a possible collision, the captain changed altitude. However, the lights mirrored the new course and stayed about half a mile away from the plane. Since the object was violating all elementary safety rules and an evasive maneuver was deemed impossible by the crew, the captain decided on going off course and made an emergency landing in Manises airport.

This was the first time in history in which a commercial flight was forced to make an emergency landing because of a UFO.

The flight crew reported the lights abandoning the pursuit just before the landing took place. However, three new UFO signals were detected by the radar, each one with an estimated diameter of 600'. The objects were seen by several witnesses. One of the UFOs passed very close to the airport runway, and emergency lights were lit by the land crew in case the object happened to be an unregistered flight experiencing difficulties.

Given the lack of answer to all communication attempts, a Mirage F-1 took off from the nearby airbase of Los Llanos, Albacete, to identify the phenomenon. The pilot, Spanish Air Force captain Fernando Cámara, had to increase his speed to mach 1.4 just to be able to get visual contact with what he perceived to be a truncated cone shape displaying a changing bright color, but despite his initial efforts the object quickly disappeared from sight.

The pilot was informed of a new radar echo, which indicated that another object might be near Sagunto, Valencia.

When the pilot was close enough, the object accelerated and disappeared again. This time, though, the UFO seemed to respond and the fighter had its avionics scrambled, its electronic flight systems were jammed, a highly hostile action.

At last, and after a third contact attempt, the UFO finally disappeared, heading for Africa. After 90 minutes of pursuit, and due to fuel shortage, the pilot was forced to return to the base with no results.

The public impact of the incident was such that on September 1980 it reached the Spanish Parliament. The High Chamber representative Enrique Múgica publicly asked for an official explanation, but a UFO sighting was dismissed and the incident was attributed to a series of freak optical illusions.

The full official report, declassified by the Spanish Air Force on August 1994, states that the Supercaravelle JK-297 pilot Javier Lerdo de Tejada, the land crew in Manises airport and the Air Force Captain Fernando Cámara might had been misled by flashes emitted from a distant chemical industry complex, about 100 miles away from Manises, and some stars and planets.

Although this possibility has been much argued and repeatedly rejected by all people involved it stands as the only non UFO related explanation.

The on flight difficulties experienced by the fighter were not mentioned in the public release. The electronic system failure on board the Mirage F-1 could nevertheless be explained by the fact that the U.S. Navy Sixth Fleet was stationed in the area, and was making use of a powerful electronic warfare equipment while awaiting the outcome of the Iran hostage crisis.

Since in the late 1970s all UFO phenomenons were promptly published by mass media and readily consumed by the public, it has been argued that the flight crew might have been influenced into believing that they were experiencing a UFO sighting instead of just witnessing an optical phenomenon, and had therefore been readier to consider, and finally undertake, such an extreme maneuver as an emergency landing.