Mass Sighting, And Nothing On News 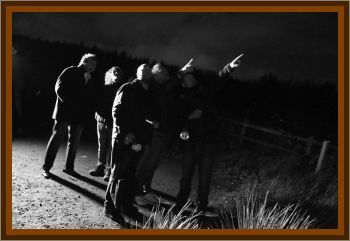 Many cars stopped to abserve, the objects were heading from the southeast to the northeast at a steady pace there were no turns or gains or losses of altitude they were completely quiet. The speed seemed faster than any aircraft known to me, I'd just completed an enlistment in the Air Force and was familiar with the then current aircraft.

There were three objects and each were three spheres joined two on the bottom and one on top forming a triangle. The color was light blue and seemed to be luminus. There appeared to be a formation two flying paralel and the other flying above the one flying further to the east.

These objects were very visable and many cars stopped to abserve, it was a clear night and the highway was lined with people standing outside their cars. The curious thing was that though people talked about the event in a restaurant I stopped at the next day there was no reports on the media.