6 Hours Onboard a UFO 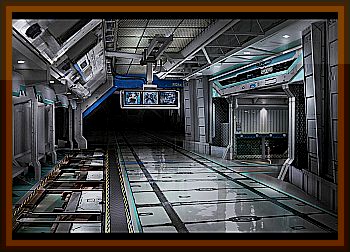 When he was 12 years old, Jack Stephens was abducted from his vehicle in full view of his mother and brother.

He was lifted up inside a beam of light and taken inside an enormous craft the size of a small building. He experienced a 6 hour long encounter aboard the UFO before being deposited back into the car.

The stunned family drove home, with most of the event shrouded in amnesia. They recalled only a powerful light hitting the car, the engine turning off and a slight floating sensation. Their next memory was the light turning off, the car engine turning on and 6 hours had passed. It was a typical missing time encounter.

Years later, as an adult, Jack bit down on an impacted wisdom tooth. This caused a flood of memories to burst forth. Jack suddenly recalled everything that happened.

In most respects, Jack experienced the typical abduction scenario. He recalled being taken aboard onto the craft. He was laid out on a table and examined. They poked at his feet, probed inside his mouth. Jack is unable to recall the appearance of the beings, only that they were short and incredibly scary looking.

It's what happened next, however, that makes Jack’s account unique in UFO literature.

Investigators have long noticed that UFOs often hover over electric power lines, as if they were drawing electricity into their craft. Jack is the first abductee to witness this exact procedure from the perspective of inside the alien craft.

After the examination, Jack was floated off the table and into another room. The beings then placed him in a strange device which allowed him to view the procedure.

I could look everywhere. We drop back down and we're by my farm. We're literally down in the pasture above this ditch. And there are some big high voltage power lines, heavy duty power lines through there. You can just feel the electricity coming off.

Well, as we dropped down to this thing, whatever the clear thing I was in, in the bottom, kind of got smaller. It was kind of like more of a confined space. It seemed wide open to me before, and yet I was enclosed, in kind of like plastic or glass.

Jack was in awe. It felt like he was dangling below the craft with a perfect view of everything around. The room he was in seemed to design specifically for observation. In fact, the whole room would swivel towards whatever direction he looked.

At this point, the procedure began.

They were explaining to me what they were doing. I don't know what it was, but we went up to the power lines. And after we got back down, that little thing I was in seemed to kind of shrink up inside. There were 4 rotating things on each side of this thing, the diamond or triangle or whatever it was, there were 4 lights that started spinning around. And I could see them from where I was.

I remember being cold. That's when they sucked up the electricity. That is the most vivid part of the whole thing. We were up above it, a telephone pole, maybe 2 telephone pole lengths above it. And all those lights focusing into one super bright light, just pshew. Just literally seeing the electricity coming out of there, and feeling it. It was just like it drained everything, just took it all.

Another thing, when I was up in that thing, we were above the fog, just kind of floating above this fog. And when they went to go suck the electricity out of the power lines, that fog just got out of the way. It just opened wide up, just WOW, got out of the way, and I could see crystal clear.

Another thing, I remember my teeth kind of hurting when it was sucking that stuff up. Just like when you're chewing on aluminum foil. I remember feeling like, Hurry up, get this thing over with.

While Jack recalls several other events, it was the above incident which remains the most memorable. As can be seen, the aliens seem to have intentions beyond just an abduction and physical examination.