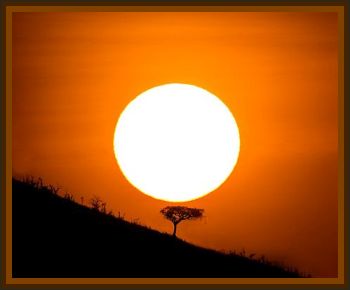 In the summer of 1947 or 1948 in Jacksonville FL I was about 10 years old when my whole family saw one big bright light in the sky about 20 mile out at about 10,000', and out of this real bright light 3 smaller bright lights came out and sat there for about a minute.

All 3 of the smaller lights would move in this matter. The real bight light stayed in the same location, after about a hour of this they returned to the big bright light and it just disappeared.

This happen about 3 or 4 days in a row, in the same location in the sky. About half the city called in to report this action they saw in the sky and the newspaper put a story in the paper about these lights because so many people saw them across the city. A lot of people thought that is was going to be the end of the world.

The reason I can tell the difference in altitude and distance is because I am a pilot, with lots of hours of flight time in my own aircraft, this was one time in my life that scared me and my whole family.

If I knew how to get the record from the newspaper, I sure I could download it for you because after 3 days they didn’t say another word about it.

The military said they had no aircraft in the air at that time. These lights were traveling at over 10,000 mph or more and they didn’t make a sound.

At the time they were training pilots in PBYs at a Navy Base and you could hear them 30 miles away, that’s how much noise they made. So it was not any airplane, the jet aircraft was not in production at that time and they could not fly at that speed even if there were.

This is the only UFO experience that I have had in my life time, and I can assure you that they are out there.