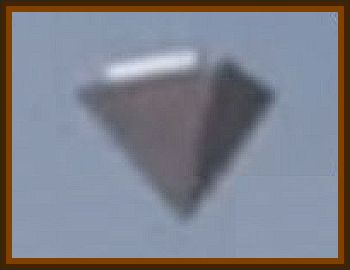 We were driving towards Chapel Porth beach on the South approach from St. Agnes when I saw what I though was a car’s headlights coming in the opposite direction.

I dipped my lights, but there was no car or other light source. Simultaneously my wife saw a round glowing light slightly to the left and about 300' away and 150' high.

We continued driving towards St. Agnes beacon, just climbing the hill past the Chapel Porth turning when we both saw an inverted red/orange triangle in the low level clouds out to sea. The object appeared for about 2 seconds and then disappeared.

The object was in a westerly direction and about 2 or 3 miles distant. The object also appeared to have small spherical lights on each corner, yellow/orange in color.