It Didn't Match Anything In The Air Force’s Aircraft Inventory 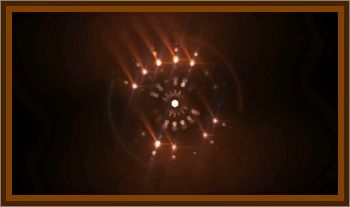 During my tour of duty at Naha Air Base, Okinawa, sky watching for aircraft arrivals and departures became a favorite pastime. On one clear night, my Airman buddy and I raised our binoculars scanning the skies for aircraft. From experience, we could accurately identify most aircraft.

Standing on the second floor sundeck of our barracks, we had an unobstructed view of the runway and skies over the base. Although we sky watched for over an hour we saw nothing.

Nearing ten o’clock, we became bored, so we opted for stargazing. Frank had much knowledge about the regions of the stars in our galaxy. He had just begun pointing out a few of the more common constellations when it happened.

Something strange appeared out of the corner of his left eye. It was a UFO.

Look! What the hell is that? Marty do you see that? Frank yelled.

Yeah Frank, I see it. Holy mackerel, what is it? Was my reply.

Scared and grateful for Frank’s presence, my first instincts told me to get the hell away from there. However, despite my tendency to panic and run, I had a strange and intense compulsion to keep on watching. At the same time, I was ready to bolt back into the barracks for cover.

It looked like nothing we had ever seen before. I positioned my binoculars for a better look. We did not use the term UFO at that point, but we knew the craft we saw did not match anything in the Air Force’s aircraft inventory. We saw a large, slow moving disk traveling in a steady northerly direction, right smack over our base.

It was not just an unusual cloud formation, flares or a weather balloon. In the Air Force, working as communications specialists at control towers and around busy flight lines, Frank and I became knowledgeable about most types of aircraft in the military inventory.

It traveled at an estimated speed of one hundred knots. The craft held a steady altitude of 3,000' or 4,000'. It had a diameter of about 75'. We saw no antennae, dome, windows or markings. It was silent and produced no engine noise. Having a disk shape, it looked as flat as a quarter. The craft’s outer surface appeared smooth, constructed of a dull, yet reflective metallic material. Its outer edges appeared razor thin.

If it turns toward us, I’m out of here, I said shaking all over.

Me too, Frank agreed.

Our fear level started to dwindle once we realized that it continued moving away from us. To afford us a better view, we climbed up the building’s fire ladder to gain access to the roof. First up the ladder, I hesitated at the top of the ladder and peered out to see if it was safe to advance.

Hold it Frank, I said stopping to look and be sure the craft had not made a turn toward us. Since it continued moving away.

I had an eerie feeling that we were about to place ourselves in a vulnerable position on the roof. However, seeing it continued to move farther away from us, our first fear that alien creatures might spot us subsided. Raising my binoculars again, I noticed that it had reflected a noticeable degree of light coming from Naha City, found a few miles to the north of our base. We watched it until it faded away out of sight. The entire sighting lasted for about 2½ minutes.

We’ve got to tell someone, Frank said.

After scrambling down the fire ladder, we sprinted to a staircase leading to the first floor. We reached the C.Q. or Charge of Quarters room to use the barracks phone. We had to tell someone in authority. By then, Frank had begun to hyperventilate. I told him to sit down in a chair and stay calm while I called the base control tower operator.

From frequent visits to the control tower for communications equipment issues, I intuitively remembered and dialed the correct number.

His voice had a calming effect on me. I knew Airman Bernard by his first name, George. Since he occupied the same barracks as we did, ate in the same mess hall and from my many visits to the tower for communications repairs, he knew me as well.

George, I said, trying to catch my breath.

This is Marty from the Communications Squadron.

I didn’t put a call in for any problems, George said.

How are you? Wait a minute, let me turn off the phone recorder.

His first impression was that my call was for something unrelated to tower business, perhaps it referred to a question about stereo equipment, one of his favorite hobbies.

No George, I suggested.

You better leave it on for this.

So, this is official business huh?, he commented with an official sounding tone of voice.

All right, I turned it back on. What’s up?

Did you see it? I asked.

See what? he replied.

That huge disk shaped object that flew over the airstrip just two minutes ago.

I didn’t see anything. Are you sure? he asked.

I’m sure George. Frank saw it too. We watched it from the roof of the barracks.

After I described what we saw, Bernard paused for a few seconds considering his next action.

That’s weird, he said. Hold on while I check with the radar center.

Waiting for Bernard’s report, I noticed that Frank had calmed down while he listened to my conversation with the tower. The minutes seemed like hours. We were dripping wet since the temperature inside barracks was at least 90° and the humidity at 98%.

My imagination went into overdrive as I waited for Bernard to come back on the line. I thought that at any moment we would hear the roar of afterburners from our F-102 jet fighters as they went scrambling into the sky in pursuit of whatever it was that we reported. Perhaps the Base Commander would come on the line to ask us for more details about the sighting. We might soon hear the shrill of the base’s alert sirens followed by the sight of speeding trucks carrying frantic troops to their battle positions.

Instead, Tower Controller Bernard came back on the line.

Airmen, he said, “I hate to tell you this, but the radar people have had no contacts for over an hour.

Impossible, I yelled. Did you check with Kadena Center?

Yes I did, Bernard said, and the Army NIKE site too. They also said they had no recent radar contacts.

His response was shocking to say the least. Controller Bernard suggested that we file an Unidentified Aircraft Report.

Heads shaking back and forth, Thanks anyway, we told him.

We decided, how could we file a report on something we saw without physical evidence to back it up? We understood we would have needed at least radar reports, photographs, or more eyewitnesses.

We never did file that report. We hoped we would hear others talk about spotting it too, but no one ever came forward. For weeks, I spent my free time watching the night sky and hoping for another sighting. I even bought a Nikon 8mm camera. I carried it with me wherever I went, just in case.

My hopes of seeing it again began to fade after several weeks. However, just as I started to think the earlier sighting was just a onetime fly by, I saw it again. Returning to my barracks from a second shift tour at the Communications Center, I decided to relax for a while. I sat in a chair on the second floor outside landing. Propping my feet up onto a railing, I began reminiscing about the first sighting. Since I was alone, the thought scared the hell out of me.

Just before 1:00 a.m. I was about to call it a night when it reappeared. A craft similar to the type Frank and I saw one month earlier.

In an instant, my mind switched from a relaxed state to one of fight or flight. My body froze and my adrenaline level skyrocketed. My hair hackled. My heart raced. I could not move my legs. My camera, I left it in my room.

In my mind, I calculated the best course of action. There I was, sitting alone in the dark outside my barracks with no one else around, except, what?

Common sense soon prevailed. No light beams were shooting down at me from the craft. It became clear that it took no notice of me and was moving northward away from my position. Thank God.

After a few seconds, my brain regained control of my body and I was able to move my legs. I stood and took the next logical step, I ran like hell. Sprinting down the long hallway to the center of the barracks to get to the stairs, I thought it best not to look back. I did not. Reaching the stairway, I made it down the 13 steps to the first floor in three or four leaps. At the bottom, I turned and ran straight to the C.Q. office phone.

George, this is Marty from the Communications Squadron. I just saw it again, I explained.

I was nearly out of breath and spoke with a nervous stutter.

It looked the same as the last one.

Bernard must have heard me breathing heavily and sensed that I was anxious. He told me to be calm, relax and tell him what I had seen.

I recounted the event as it happened. He put me on hold as he checked with three different radar sites scanning the island’s airspace.

The C.Q. awoke hearing my conversation with the tower controller.

What’s the matter? he asked.

You look as though you just saw a ghost.

No, not a ghost, I answered, I’ll explain later.

After what seemed like hours, Bernard came back on the line.

We’ve had no radar contacts for two hours, he said.

Again, he advised me to fill out an Unidentified Aircraft Report. I did not bother. For the second time, I declined. I felt that no one would believe me without proof.

I thought if only I had brought my camera with me.