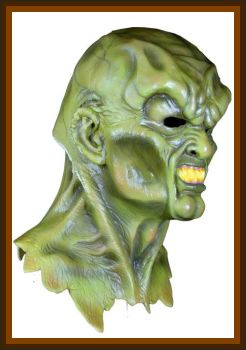 I’m from the United Kingdom. When I was aged 15 my parents used to own a static caravan holiday home.

When I had a week off school we used to go up there. I had a friend and his family did the same. We used to sneak out with some beers and have a wander late at night while everyone else was sleeping.

The holiday park was by the coast and if you followed a trail it would lead you to the top of some clay cliffs and a large grassy area with ponds, farmland and lots of bushes.

There was a bench we used to sit on overlooking the beach and we would smoke cigarettes and drink beers and just generally have a good time.

This one night we decided to walk a bit further. It was dark but the moonlight was shimmering and lighting up the pathway.

Not a sound could be heard. It was like all noise had ceased. We were walking between 2 thick bushy trees and a hedgerow. I stopped suddenly because I heard a rustling in the bushes.

Basically, there were 2 huge trees and behind them was a dense thick hedge about 6' high. I turned on my mobile phone camera light and saw that 2 animal eyes were reflecting back.

I said to my friend that maybe it’s a fox. So I moved a bit closer and had to duck under a branch. So I’m now bent over kind of squatting to get in and take a closer look.

As I shone my light into the hedge I saw what looked like a white oval shaped large smooth rock. The oval shaped object turned and what I saw has haunted me for a long time since. I’m 37 now and this was when I was 15.

What I thought was a funny rock was a bald head and it was like somebody was lying on their back and I was looking side on to them. The head turned to me and all I could make out was inhuman black eyes and the most hideous hateful expression.

Although it was humanoid it was not human. I didn’t notice the body of creature but just the facial expression.

It paralysed me like a rabbit in headlights. I’ve never felt fear like it. I went white as a sheet, goosebumps and just completely incapable of moving.

My fight or flight response then made me move. I turned and ran bashing my head on a branch. I just shouted a swear word, then run to my friend. I expect he saw my expression of fear and he just ran like me.

When we finally felt safe and were back near caravan park, I tried to explain what happened but it took a while for me to actually want to talk about that face.

The whole seeing the face probably only lasted 3 seconds. I am getting goosebumps now just writing this.

I do believe that there are some things lurking in the dark that we really do not want to see. I unfortunately saw one and I wasn’t even looking for it. I just thought it was a fox.