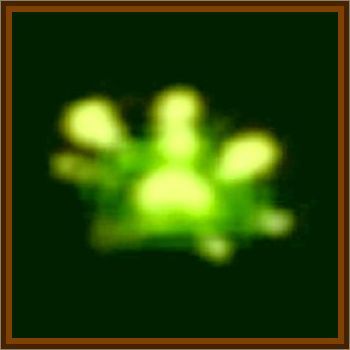 Star shaped objects had not been reported in Germany before they appeared for the first time in September 1979. They were observed for several nights over the city of Ingolstadt. Since that time members of MUFON-CES have interviewed several flight controllers, a dozen police officers and numerous other witnesses. They have also analyzed photographs and radar recordings that where made on film.

On September 6, 1979, at about 9:30 p.m., a TV technician, John Doe arrived at his home. He lives in the suburbs just outside of the city of Ingolstadt.

A neighbor called his attention to three bright lights in the sky. These three large 45' objects hovered at an altitude of about 600', approximately one mile away from his house. Their surface seemed to consist of metal, like silver foil. The objects were surrounded by a bright light with white to yellow/greenish color.

After a short period of time, one of the objects flew toward a big cubic shaped billboard. The name of the car company AUDI is displayed on all 4 sides. The cube is about ¼ mile away from John Doe home.

The luminous object stopped about 210' above the cube. Other witnesses recognized that the object had 5 points. Two of them pointed upwards, two pointed downwards and one pointed in flight direction. Red lights flashed around the points. After one minute the star shaped object flew back to the two waiting objects, forming a chain. This chain of lights then flew toward the billboard, in only 5 seconds, after which they continued in the direction of the city Eichstaett, about 15 miles away from Ingolstadt. John Doe's observation lasted about five minutes. He called the police station in Ingolstadt west, as soon as the objects disappeared. The police had already received 6 or 7 additional calls from other eyewitnesses that same evening.

The two police officers who had interviewed John Doe were driving in their patrol car north of Ingoistadt. At 11:02 p.m. they encountered a 5 pointed luminous object which hovered at an altitude of 20°, approximately 1¼ mile away. The object appeared to be the same size as the moon. It had a yellowish color and continuously showed flashing lights. One of the police officers later said:

I was amazed. I didn't believe in the whole mumbo jumbo. But suddenly that thing was there!

The sharp points shone in a bright orange/red color in nonregular intervals. Meanwhile the interior of the object continuously radiated as bright as floodlights. One witness got the impression, that the edges shimmered.

The driver tried to find a better position for an unobstructed observation and got only a short glimpse of the appearance. The officer, however, noticed that some light source on the edges of the object moved around with a frequency of about 3 Hz. This caused the shimmering of the edges and the flashing of the points.

The object could be observed for about 10 to 15 seconds. When the patrol car reached a location from where the witnesses had an unobstructed view, the object had already vanished.

Two days later, on September 9, 1979, the pointed objects were again in that area. At about 8:30 p.m. witnesses in the city of Nurenberg observed an 8 pointed object flying at an altitude of about a mile in a southerly direction.

One hour later an oval object flashing red lights and dancing up and down was seen near Ingolstadt. Police officers from Ingolstadt again informed the state police headquarters in Munich. They in turn called the Federal Office for Air Traffic Control in Munich-Riem and ordered the flight controllers to have a look for UFO related shapes over the area Ingolstadt.

A flight controller had a Cessna 414 on his radar screen which was located 18½ miles north of the city Ingolstadt. He asked the pilot to look for any unusual lights in the sky. The Cessna had departed at 8:30 p.m. from the Munich Airport and was on the way to Brussels. Aboard were the owner of the airplane, and the female pilot. The airplane flew at an altitude of 12,000'. At first, the pilot could not see anything unusual.

Approximately 30 seconds after the call from the flight controller, she informed the tower in Munich-Riem, that she could now see several lights rising up from the ground in flight direction. Soon thereafter she reported very excited that 4 or 5 very bright lights were flying toward her. They each had 6 points and were yellow/green in color.

The pilot was very disturbed when she described that the objects were in front of her cockpit. They held the same speed and altitude, then changed position from right to left so fast that she could hardly keep up describing what was happening. She got the impression that the lights were playing with the Cessna. Sometimes several objects were out in front, and the next moment they flew behind the plane, and at one point they circled all around the airplane.

As fast as the bright objects appeared, they disappeared again after about 30 seconds. The two passengers were so distraught that they had to make a stopover at the Frankfurt Airport. From there the owner called flight control in Munich to confirm everything that his pilot had reported. He explained that he didn't believe in UFO's, but these observed objects were totally unexplainable for him.

The communications between the pilot and Air Traffic Control Munich was overheard by the military flight control at Furstenfeldbruck Airport. A police officer who overheard the conversation, later told his colleagues in Ingolstadt that the witness account sounded like the sound track of a science fiction movie.

The search and rescue helicopter Pirol 203 which was requested by the police from the German Federal Border Protection, arrived in the area of Ingolstadt at 11:03 p.m. The pilot circled over Ingolstadt until 11:21 p.m. without discovering any unusual lights in the air.

Subsequently, the statement for the press, radio and TV, made by the Bavarian Ministry of the Interior on September 9, 1979, read as follows:

Because of the unusual weather condition at the time in the area of Ingolstadt it came to mirages which were caused by the antiaircraft fire from the military training area Hohenfels, and in some cases also by civilian aircraft's.

For many reasons this explanation is pure nonsense. But, it is quite understandable, that the administrative body must offer some explanation to satisfy the growing public interest. During its investigations the MUFON-CES members found out how busy the members of the police force and the Air Traffic Control are during their normal activities. They don't want to deal with additional stress and strain caused by real or alleged UFO sighting reports. If the administrative bodies try to explain away such phenomena, it may not always be because of a cover up, but perhaps to avoid obstruction of the heavy load of routine work by something that they can't do anything about anyway. The same reason may also be true for the employees of the Air Force in the U.S.A. and in Russia.