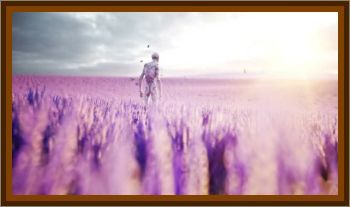 At 4:00 p.m. Inacio de Souza and his wife, Maria, returned from an outing. De Souza was the tenant farmer and caretaker for a wealthy man who made his headquarters in Sao Paulo and commuted to the farm by private plane when necessary.

Upon arriving at the farm, they immediately saw a strange, basin shaped object of approximately 115' in width resting on the landing field. Standing between the craft and the de Souzas were 3 strange looking creatures who appeared, to Inacio, to be naked. His wife, however, got the impression that the men were dressed in tight fitting yellow jersey suits. They appeared to have no hair and were playing about like children. When they caught sight of the de Souzas, they began running toward them. Inacio sent his wife into the house and he reached for his rifle and began to shoot. At the moment that Inacio began to fire, a jet of green colored light erupted from the disk and struck him full in the chest, knocking him to the ground.

At this moment, Mrs. de Souza ran out of the house to her husband’s aid and took the gun and flung it away. But the entities were already running toward the disk, which thereafter lifted straight up off the ground, making a sound like the swarming of bees and was shortly lost to sight.

Three days after the incident, the owner of the farm arrived in his airplane. He found de Souza quite ill. Inacio complained of extreme nausea as well as a tingling feeling and general numbness throughout his body. He was taken to Goiana, the capital of Goias State, where a doctor examined him and found burns on his torso. The farm owner, who did not want to be identified and connected with the case, told the doctor the facts surrounding Inacio’s condition and the physician decided to do some blood tests. The tests revealed that Inacio was suffering from leukemia and malignant alterations of the blood.

The doctor took the farm owner aside and told him that Inacio’s probable life expectancy was about sixty days.

De Souza’s weight dropped very fast, he suffered great pain, and yellowish white spots appeared all over his body. Within months, Inacio de Souza was dead. Before his death, he begged his wife to burn his bed and clothing as he was afraid that what had killed him might have been transmitted to his wife or their five children. De Souza had not been told that he had leukemia and not having much knowledge of medicine, probably assumed that what he suffered from was communicable.

It is believed by Inacio’s family, his employer, the doctor involved, as well as the investigators, that Inacio de Souza died of radiation poisoning. The incident took place on the farm which is located between Crixas and Pilar de Goias in Goias State.