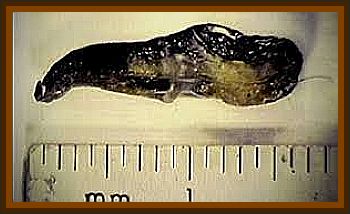 Let’s first drop the them and us attitude toward extraterrestrials or ET's.

It’s now 2017 and we all need to accept that we are complex, multi dimensional, energy beings. I have to be honest and admit that I only have a tiny understanding of those complexities.

We also need to accept that although part of us has a human form, it’s only a very small part, and we are actually members of a universal existence.

We are Them, it’s just that we don't quite understand how.

If we can be open to this concept, it offers us a different perspective on implants.

From my perspective there two forms of extraterrestrial implant. There is the physical, and the energetic, or etheric implant as some people label them.

I have no experience with the physical form. No bigger than a grain of rice, it’s believed they are commonly placed behind or in the ears, the head, and behind the knees. But really they could be anywhere in the physical body.

With the many interactions between intergalactic travellers and humans in the form of abductions, it’s quite likely that physical devices are common. Again I have to say this is not my area of experience.

We have been told that the percentage of physical implants is much less than the energy or etheric type. Energy based implants number in the billions and there are numerous reasons for an energy implant, probably one for every person who has it.

Etheric implants number in the billions and there are numerous reasons for their existence. Implants are perceived in various shapes and sizes. Some are placed for manipulation

Yes, a small percentage of extraterrestrial implants are placed with the intent of manipulation in some way. As an example, we worked with a client who was experiencing alterations to their serotonin levels via an implant, and that was a very complicated case.

There are some implants that are placed as monitoring devices and some are designed to enhance a particular aspect of the recipient.

Some are described as gifts, because their purpose is to enhance or prolong a healthy life. A heart pacemaker would be a good analogy.

So let’s consider that some form of implant is common. They generally do not present themselves in one of our healing sessions unless it’s causing some sort of disturbance. When they are revealed, I perceive them as basically a sealed container, the size and shape of which will vary.

These are my observations, others will perceive them differently.

Usually you can open the container and peer inside to see circuitry and sometimes symbols.

Occasionally, with very significant and complex cases, you will see wires extending out and connecting to specific areas of anatomy such as the brain or spinal column. Sometimes the container is locked and we need special permission or a key code for access.

The first consideration to working with ET implants is the consequence of removing or altering them. They have been placed for a reason.

If the implant is designed to keep your hormone levels balanced, for example, then we really do not want to remove it. However, it may be that they need to be adjusted to bring the body back into balance in some way.

Remember, there are many different beings that are using the human form on Earth and sometimes tweaking the system by way of implants is needed to help maintain stability.

Yes there are occasions when they simply need to be removed because they are inhibiting the life experience of the person. But again, the consequences must be considered as the implant is, or does become, an intricate part of the energy systems.

Just like any biological implant that becomes part of the bone and tissue structure, ripping out an energy implant can have a negative flow on effect causing imbalances throughout the body. This is particularly so when implants have been in place for a long time or over multiple lives.

In that situation we can reprogram, or deactivate them, leaving the energetic structure intact.

Occasionally we come across implants that are redundant. In one particular case a client approached me because they were sure they could perceive an implant in the area of their left leg. They were correct.

What I discovered was a rectangular implant in the left side of the client’s biofield. What I perceived made me laugh because the imagery convinced me we were dealing with a very outmoded model that in the scheme of things, could be classed as an antique.

The client wanted it removed because it was causing them some painful discomfort. I don’t know the original purpose of the device but I suspect its use had long since expired. What was happening however, was the device had been discovered by others who were attempting to use it for some other nefarious purpose.

Total removal was not an option because it had been in place for so long, so we changed its frequency to render it inert. This prevented any third party from locking onto its location or frequency.

This case was our introduction to how implants placed for a particular reason, can be hijacked by others. In my mind this is probably the main threat we need to consider. Not so much the fact that we have an implant, but who has access to it.

They all emit a frequency which if detected, can be locked onto. This is particularly so for simple locator implants that are no longer required or have expired. The impact of this is often dependent upon the technology used.

Some of our intergalactic visitors are not quite as sophisticated as others and their interaction with humans, although well meaning, can be quite clumsy. Their implants can look a bit like WWII relics rather than something from a highly advanced civilisation.

So if you suspect you have an implant, consider its purpose and consequences before having it removed. Also note there’s a good chance you have consented to it’s placement.