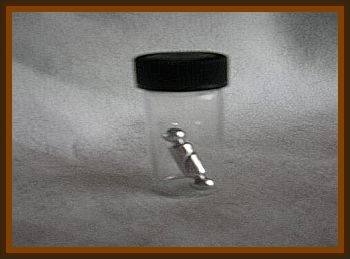 One of the most intriguing aspects of the UFO phenomenon are alien implants. Some who claim to be abductees have foreign objects present in their bodies. Individuals who have been implanted have no history of medical procedures or previous surgeries.

Images captured on X-rays and CAT scans clearly show strange objects lodged inside patients. Frequent locations include nasal cavities, within the jaw, in feet or behind the head. A number of these mysterious apparatuses have been removed and analyzed. Further investigation of these anomalies provide more questions than answers.

Implants date back to 1957 when the first reported case was discussed on a radio show. During the interview, ufologist John Robinson recounted how a neighbor had been captured by aliens. Something was placed behind the man’s ears in order to keep him subdued.

In 1967 the first publication about implants was released by Raymond Fowler wherein a woman claimed she had been abducted and a tracking device was inserted up her nose.

Doctor Roger Lier was a California based podiatrist who removed 16 suspicious mechanisms. According to Lier, these objects emit a radio signal and appear to move on their own during surgeries. Oftentimes they maneuver away from the scalpel as if attempting to avoid extraction.

Another medical professional, Derrel Sims, has studied this enigmatic subject for over 35 years. He was the first known person to physically identify the presence of these devices. Additionally, he owns the largest private collection of implants in the world.

The combined efforts of Lier, Sims and numerous experts have provided some very perplexing discoveries.

One sample was sent to Los Alamos National Laboratory, a world class testing facility. These specialists were not told where the object came from.

Upon their investigation they concluded that it was meteorite in nature since Earth does not contain such metallic isotopes. The next study was performed by the University of California at San Diego. Similarly to Los Alamos, test results showed the specimen was extraterrestrial in nature.

Implants produce a very strong current which can be measured using a Gauss Meter. Frequently the reading is so high that it registers off the scale.

Interestingly, once the implant is removed the electromagnetic levels are no longer detectible. Some theorize the reason for this is because a person’s own energetic field is what fuels these objects.

Surrounding the implant is an inconceivably strong barrier composed of protein and keratin. Although these compounds are naturally occurring, this specific covering is incredibly resilient.

Doctors are unable cut through it with their tools which would normally slice bone with ease. Efforts to recreate this tough substance have proven unsuccessful and it remains unclear how two simple elements produce this effect.

Atoms within implants are astoundingly durable due to their alignment. All molecules are arranged in a single direction which provides a level of strength that humans do not yet have the capabilities of reproducing.

After the device is removed this charge is broken making the outer membrane much more delicate.

Upon further investigation patients show no signs of inflammation in their soft tissues. Any foreign object entering the body produces an inflammatory response. It appears these implants are generating impossible biomechanical results.

Strangely, there a large bundles of nerves surrounding the device in areas where they normally do not grow. These tissues are responsible for day to day activities such as grasping an object with the appropriate amount of pressure.

A scanning electron microscope analysis was performed. It showed that the mechanism had to have been manufactured because the elements contained are not naturally occurring. There are no portals of entry or any evidence showing how the object got there.

Implants have even been found inside the brain which raises the question:

How is this happening? Even more puzzling is what the purpose might be. Are aliens tracking their human specimens or attempting some sort of mind control?

Further research is required if answers are ever going to surface.