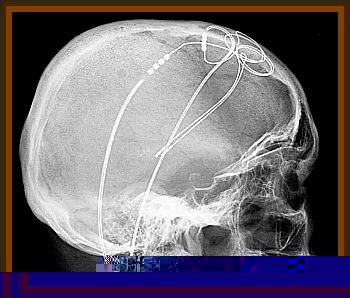 Do space aliens tag us with implants the same way we microchip our beloved pets? Are we their pets?

The jury’s still out on that front, but if you are an Angeleno and suspect you’ve got an alien implant, then next weekend, at the Pickwick Gardens in Burbank, The late Dr. Roger Leir, M.D., a Southern California based podiatrist, well known to UFOlogists, George Noory fans and Fortean types will be on hand to help.

Leir no longer feels the need to debate the existence of UFOs, it’s the implants he’s more concerned about, considering them proof positive of the alien reality. What Leir’s research wants to get to the bottom of is, what are their motives? What are their plans for us? And how the heck did those otherworldly implants get there in the first place?

Also appearing at the event is conspiracy theorist Jordan Maxwell, a fellow who describes himself as a preeminent researcher and speaker in the fields of secret societies, occult philosophies, and UFOlogy since 1959.

Maxwell was scheduled to lecture about “The Hidden Dimensions in World Affairs.”

The tinfoil hat brigade should be out in force at the event, which will be hosted by Noory himself. A lil’ zany? Perhaps, but something tells us that the people watching will be very interesting.